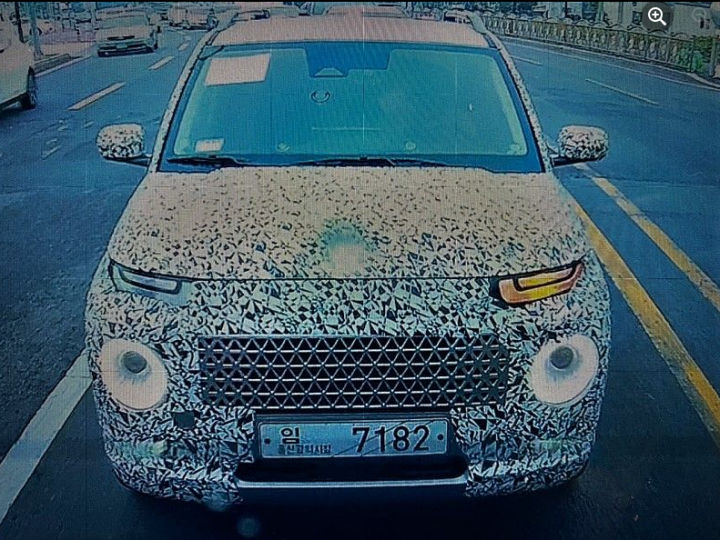 The production-spec Hyundai Micro SUV, codenamed the AX1, is likely to be called Casper. It will slot below the Hyundai Venue and will be the brand’s entry-level SUV when the wraps come off later this year.

Thanks to spy shots, we now have a clear idea of how the upcoming SUV would look like. The manufacturer has incorporated retro and modern design elements, and as a result, it looks quite cute. Like other new-age Hyundai SUVs, the Casper also comes with split headlights, however, the round main beam units look quite retro.

The upright and tall stance gives it an SUV-esque demeanor. Also, the wheels are likely to be 16-inch units and nicely fill the arches. The LED tail lamps feature triangle-shaped elements, which give retro vibes. The round unit below houses the turn indicators and reversing lamps, similar to the Kona Electric.

We are yet to get a glimpse of the SUV’s interior.  But in typical Hyundai fashion, it should come loaded to the gills with features, including a touchscreen infotainment system, automatic climate control, connected car tech, a wireless phone charger, semi-digital instrument cluster, and keyless entry with push button start.

The safety of the passengers should be taken care of by dual airbags, ABS with EBD, and rear parking sensors with camera.

The upcoming model should make its way to India sometime around 2022. We expect it to be priced from just under Rs 6 lakh, putting it in the same league as the Maruti Suzuki Ignis, Mahindra KUV100Nxt, and the upcoming Tata HBX.