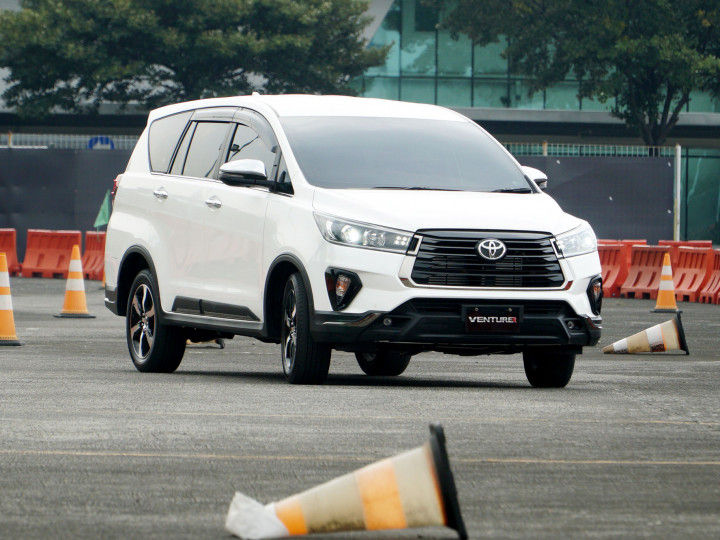 Toyota has a surprise for us in store this festive season: it could launch the facelifted Innova Crysta by the first week of December. Select dealers have commenced unofficial pre-launch bookings and hinted it could cost Rs 50,000 more than the current model which is priced between Rs 15.66 lakh and Rs 23.63 lakh (ex-showroom).

Most of the cosmetic changes are at the front as it features a redesigned all-black grille with a chrome surround and a sportier front bumper. New dual-tone alloy wheels are the only update on the side while the tail gate features a black plastic trim to break visual mass. A redesigned rear bumper tops up the exterior look.

Step inside the updated Crysta and the dashboard layout is similar to the existing model. However, it will now finally feature Apple CarPlay and Android Auto from its new 9-inch infotainment system. It also comes with a slightly redesigned instrument cluster. The India-spec model should employ lighter colours rather than the all-black scheme found in the Indonesia-spec Innova.

It’s likely to utilise the existing Innova’s 150PS 2.4-litre diesel and 166PS 2.7-litre petrol engine. Both drive the rear wheels and should be offered with a 5-speed manual gearbox and 6-speed torque converter automatic.

The revelation of the facelifted Innova comes as a surprise as we were expecting it to reach showrooms next year, but considering car sales are on the upward trend, Toyota could have decided to take the plunge earlier than later. It will rekindle its rivalry with the Mahindra Marazzo, MG Hector Plus, and the upcoming Tata Hexa BS6.