Here Are The Top 5 Best Selling Motorcycles Of February 2020

Royal Enfield Classic 350 makes it to the list this month 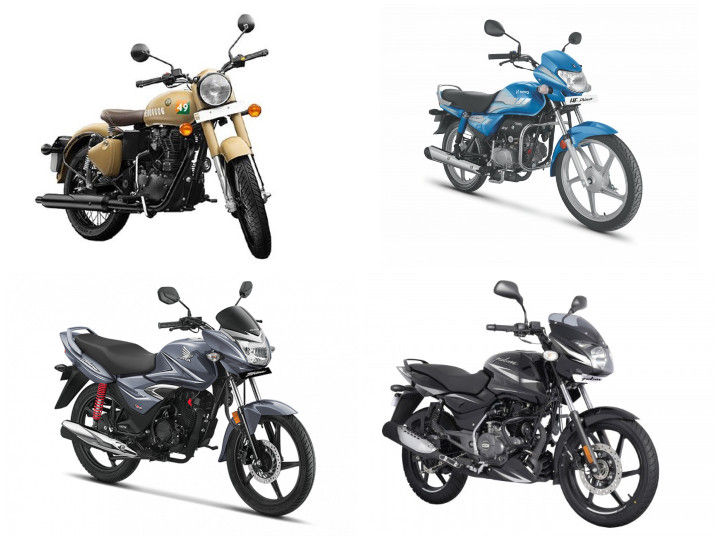 The February 2020 two-wheeler sales report is out and 100cc motorcycles continue to rule the top spot. However, after dropping off from the list, the Royal Enfield Classic 350 has managed to pick up sales and make it to the list this month. Here are the top 5 best selling motorcycles of 2020.

The only 125cc in this list, the Honda CB Shine remains the best selling motorcycle in its segment. Compared to January 2020, the CB Shine sold 16,007 fewer units. Honda recently updated the Shine with an all-new motor. Know more details about the Shine BS6 here.

The Pulsar has been around a while and is still quite popular in its 150cc avatar. In fact the Bajaj Pulsar 150 missed the 3rd spot by just 984 units. This despite it selling 18,625 units more than it did in January 2020. In fact, the Bajaj Pulsar and Royal Enfield Classic 350 are the only motorcycles in this list to post positive sales growth.

While the Classic 350’s sales growth of 932 units compared to last month might not seem like much, it was enough for the retro motorcycle to claw back 5th position from the 100cc Bajaj CT 100. Also, the CT100 sold 17,255 fewer units than last month so that helped Royal Enfield as well. The Classic 350 was recently launched in its BS6 avatar. Know more details here.