While the two models get a 1.0-litre turbo-petrol engine, they’re equipped with different automatic transmissions 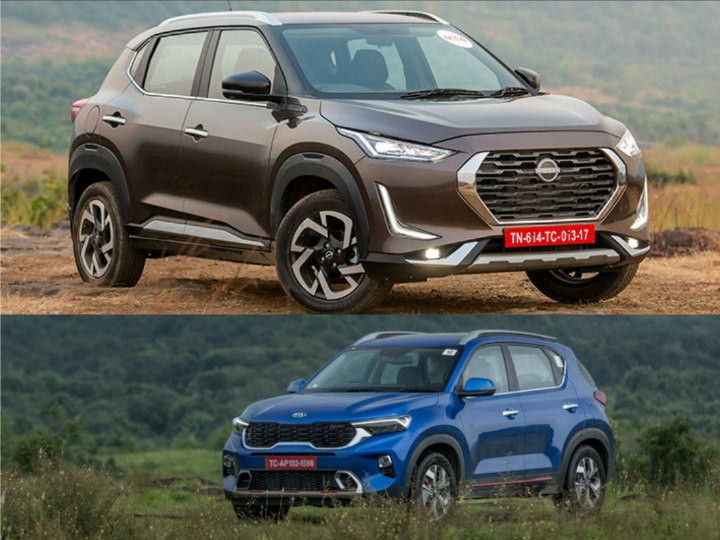 The recently launched Nissan Magnite sub-4m SUV has had a decent run, garnering 50,000 enquiries and 5,000 bookings in the first five days. With competitive pricing and a host of features, it seems to be emerging as a strong rival in the uber-competitive sub-4 metre SUV segment. While it has one of the smallest engine displacements in the segment, it’s not alone. The Kia Sonet also utilises a 1.0-litre turbo-petrol engine.

While the two have the same engine displacements, the Magnite is paired to a CVT automatic gearbox and the Sonet to a 7-speed DCT transmission. So how do the two sub-4m SUVs differ in performance and fuel efficiency? Here’s how they compare via a road test with VBox figures:

On paper, the Nissan Magnite’s 1.0-litre turbo-petrol mill doesn’t boast class-leading numbers. In fact, it falls 20PS and 20Nm short of the Kia Sonet, but are these differences big enough out on the road?

Despite being lower in power, the Magnite’s lighter weight helps it go faster than the Sonet in the 0-100kmph sprint, albeit by a negligible 0.12 seconds. You’ll notice much more of a difference while flooring it. The Magnite is nearly half a second faster in the kickdown tests.

While the Sonet DCT’s fuel efficiency is yet to be tested, it's claimed figures give it an edge over the Magnite. It’s 0.6kmpl more frugal than the Magnite.

As a whole, the Nissan Magnite is more value for money. Despite the lack of grunt, it has superior performance and significantly undercuts the Kia Sonet in pricing. On the flip side, the Sonet is claimed to have better fuel efficiency.