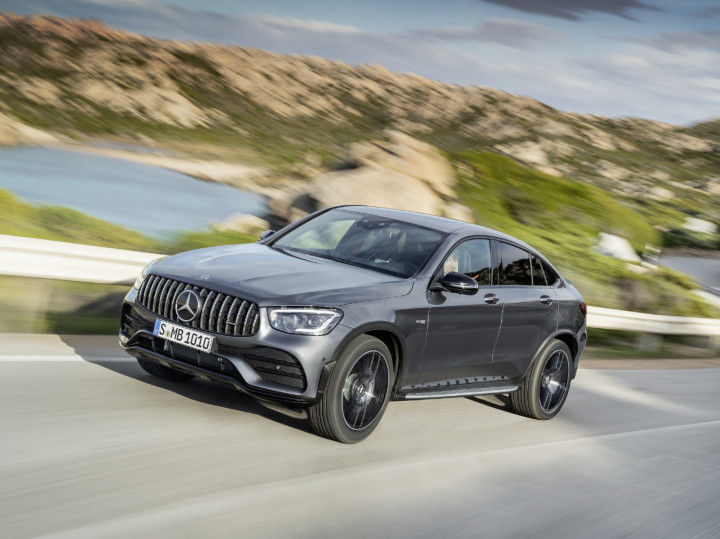 In what comes as exciting news for performance enthusiasts, Mercedes-Benz has announced its decision to begin manufacturing AMG models in the country. This makes Mercedes the first luxury carmaker in the country to offer locally assembled performance cars. The BMW M and Audi RS cars are brought to India as completely built units (CBUs). Currently, AMG performance cars are imported as CBU and attract a hefty tax. Local assembly means a drop in price and more AMGs on the road. It’ll also make the AMG brand more accessible for those looking to buy a spicy Mercedes.

Kits for the AMG cars will be imported and assembled at Mercedes’ Chakan plant. The first locally assembled AMG to hit our roads will be the GLC 43 Coupe. It will be priced around Rs 80 lakh (ex-showroom), making it around Rs 20 lakh cheaper when compared to a fully imported model. The price gap between the performance-oriented GLC and the standard model will also reduce to Rs 17.30 lakh! All the more easier to convince your family for an AMG.

But the GLC Coupe will not be the only model to be locally manufactured. Other AMGs could be manufactured locally as completely knocked down models. Currently, Mercedes-Benz has eight AMG models in the country across the 43, 53, 63 and GT series. Imagine a reduction of around Rs 20 lakh from the rubber burning V8-powered C 63 AMG’s price tag of Rs 1.33 crore thanks to local manufacturing. Sounds tempting, right.

Coming back to the GLC 43 Coupe, it will be the manufacturer’s next ‘AMG’ launch in India. It will sport AMG elements such as a Panamericana grille, AMG-specific rims with low-profile tyres, and sportier bumpers. Even the interior has received upgrades, with the major one being the addition of Mercedes’ MBUX infotainment system.

The GLC Coupe will be powered by a 3.0-litre twin-turbo V6 powerplant that churns out 385PS of power and 520Nm of force. Power is sent to all four wheels via a 9-speed automatic gearbox. Push down the accelerator and the GLC 43 does 0-100kmph in 4.7 seconds. The Mercedes-AMG GLC 63 Coupe will fight it out with the Porsche Macan.