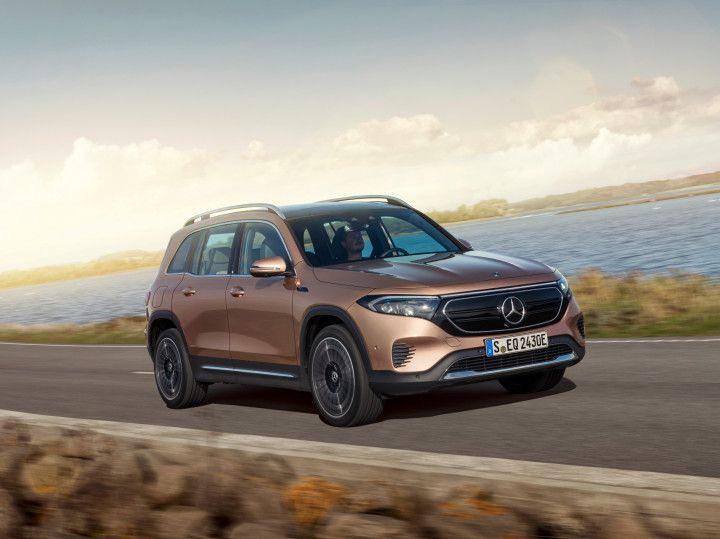 Mercedes-Benz’s all-electric EQ division seems to be on a roll. Soon after unveiling the all-electric EQS flagship, the German carmaker has now unleashed the EQB -- essentially the electric equivalent of the GLB -- at Auto Shanghai 2021. It is the luxury carmaker’s third all-electric model revealed this year after the EQA compact SUV and EQS.

Unlike the EQS (that’s underpinned by a dedicated EV platform), the EQB shares its underpinnings with the ICE-powered GLB. While Mercedes is yet to reveal variant-wise information, we know that the all-electric SUV will be provided with multiple powertrain options, with a few developing over 271PS. It would be either an all-wheel drive or a front-wheel drive, depending on the variant.

The Euro-spec model will initially come with a 66.5kWh battery pack, but Mercedes says a long-range version could be offered as well. As of now, the SUV can deliver a 419km range, according to the Worldwide Harmonized Light Vehicles Test Procedure (WLTP) cycle. It also supports fast charging; a 100kW fast charger can charge from 10-80 percent in just over 30 minutes.

While the basic design is reminiscent of its ICE-powered sibling, the SUV has some EV-specific changes. These include a closed-off black grille (with the DRL connecting both the headlamps) and the aero alloy wheels (up to 20 inches) that can be finished in multiple colours like rose gold and blue. The highlight reel of the EQB, however, are the connected LED tail lamps (EQ-trademarked) that separate it from the ICE-powered GLB.

The basic dashboard layout is similar to that of the GLB, only with a few changes. These are the rose-gold air vents and EV-specific features in the MBUX system. But the most utilitarian aspect of the SUV is that it can seat up to seven occupants, despite measuring 4,684mm long (similar to the Tata Safari). Mercedes-Benz specifies the third row is better suited for adults up to 1.65 metres tall.

The EQB will go on sale abroad later this year. However, there’s no word on its India launch yet. Thanks to its ability to seat seven occupants, the EQB could be a more practical option than the Audi Q4 e-tron, Tesla Model Y, and Volvo XC40 Recharge.