Celerio hits the gym, gets some muscle. Costs approximately Rs 8000 more than the standard hatchback. 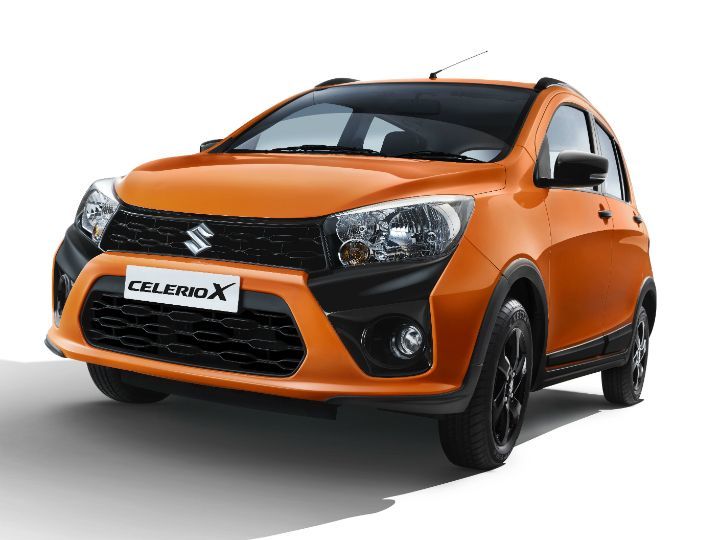 Maruti Suzuki rather non-descript hatchback, the Celerio has a new cousin. Called the CelerioX, the jacked up version is available in a total of eight variants. Prices start at Rs 4.57 lakh for the VXi variant, and go all the way up to Rs 5.43 lakh for the top-spec ZXi (O) variant with an AMT. Here’s the full price list -

A few quick jabs at our calculator tells us it’s dearer by approximately Rs 8000 compared to the equivalent variant of the Celerio.

Like most hatch-to-cross conversions, the CelerioX gets a bucketload of cladding on the side and the rear. The rear bumper gets a faux skid plate finished in silver. And, while it might seem like the X has a different bumper, it’s just painted differently. The gloss black highlights on the grille and under the headlamps give it some distinction. And, what’s a cross version without roof rails, right? Subtler elements include garnish around the foglamps, and a blacked-out B-pillar. Before we forget, the CelerioX gets this really tangy orange paint shade, which Maruti says “is reminiscent of the youthful energy and symbolizes sportiness”. SUUURE! Other colour options include white, grey, brown and blue.

The interiors are an all-black affair, with white accents providing some contrast. The black seats get orange highlights which should go well with the exterior paint shade.

There’s no addition to the feature list of the X compared to the Celerio. This means you continue to get a 2DIN audio system with steering-mounted controls, all four power windows, height-adjustable driver seat and manual air-conditioning on the top-spec ZXi (O) variant. The CelerioX gets a driver airbag as standard, whereas the passenger airbag and ABS is an optional extra across the range. This should’ve been part of the standard kit in today’s day and age, we think. The CelerioX is powered by the same 1.0-litre, three-cylinder petrol engine that powers the Celerio and in the same state of tune producing 68PS of max power and 90Nm of peak torque. Transmission options include a 5-speed manual and a 5-speed automated manual transmission (AMT). It looks like the DDiS125 diesel engine has been shelved for good.

Should you consider one?

If you like the way it looks, sure! As a package, it doesn’t offer anything substantially different compared to the Celerio; not even a higher ground clearance.