Kia is now officially in India, showcasing a future compact SUV with the SP Concept set to be launched in 2019 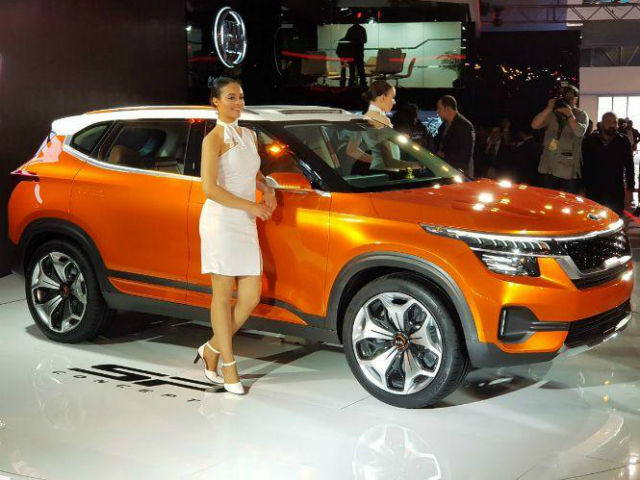 Kia has announced its official entry into the competitive Indian market at the Auto Expo 2018 with a bang. Along with displaying its global range of 16 models, Kia has unveiled the SP Concept - a global unveil previewing a future compact SUV to be first launched in India. The production version of the same will be launched in India in the second half of 2019.

The Kia SP Concept has been designed from the ground up but follows the design language used by the company worldwide. Kia says it is inspired by Indian heritage and driven by advanced technology. The dual-tone paint, with a white roof and an orange body.

The front seems to be inspired by larger SUVs from the company’s global lineup; the flat front, twin-piece headlamps and a flat bonnet give the SP Concept a squared-off SUV look. The floating roof, layered wheel arches, minimalistic body lines and large alloy wheels add to the bulky look; though the use of silver highlights, grey lower cladding and some splashes of colours add a bit of premiumness too.

At the rear, the large taillamps are bifurcated by a silver horizontal trim, the cladding sits higher up the bumper while a large skid plate is placed lower down. The bumper also features faux dual exhausts.

The Kia Concept SP’s production variant will compete against the likes of the Hyundai Creta and the Renault Captur and thus be priced somewhere around the Rs 10 lakh mark.