Except for the new i20, prices of all Hyundai cars have been increased 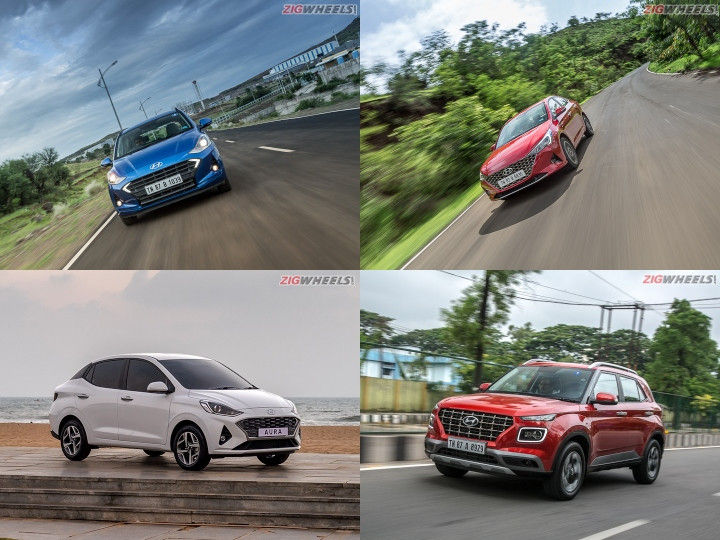 Hyundai India has increased prices for all its models except the newly launched fourth-gen i20. The price hike has been attributed to the rise in input costs. Here are the latest prices of the affected models:

Prices for the Santro have been increased by up to Rs 4,900. The Magna CNG and AMT variants are the least affected while the Magna MT and Sportz MT trims are the most affected.

The Grand i10 Nios, priced between Rs 5.19 lakh and Rs 8.41 lakh, has seen a price increase of up to Rs 7,390. Prices of most of the variants have been increased by around Rs 6,000, of which the Magna variant is affected the least.

Hyundai’s sub-4 metre sedan is now dearer by up to Rs 9,800. The Aura’s CNG variants have been affected the most while its top-end variants are the least affected. It’s currently priced between Rs 5.92 lakh and Rs 9.32 lakh (ex-showroom).

The Venue’s prices have been increased by up to Rs 12,400. All variants apart from the SX Turbo-petrol iMT and SX Diesel have seen a hike. The Venue is now priced between Rs 6.86 lakh and Rs 11.67 lakh.

The Elantra has seen the highest prices increase, now commanding a premium of up to Rs 45,000. The top-spec automatic variants are the most affected. It’s also the only midsize sedan one can buy in the country until the new Octy arrives by June this year.

The Tucson, Hyundai’s flagship SUV, has seen a price increase of up to Rs 39,000. Those looking to buy the GLS AWD variant will be relieved to know it has received the lowest increment, however the base GL diesel variant is the most affected.