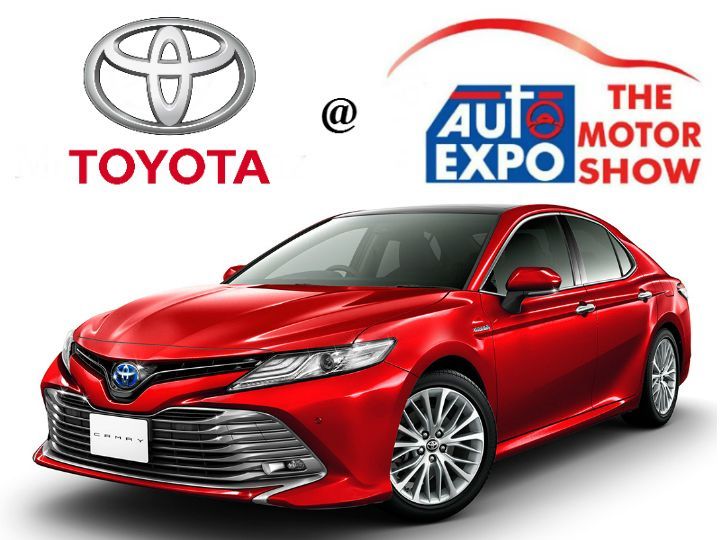 Toyota is expected to showcase some important products for the Indian market at the upcoming Auto Expo. Of the current lineup of cars in its arsenal -- which consists of the Etios Liva/Cross hatchback, Etios sedan, Corolla Altis sedan, Camry/Camry Hybrid sedan, Prius Hybrid, Innova Crysta MPV, Fortuner SUV, Land Cruiser Prado SUV and the Land Cruiser - it is only the Innova Crysta that manages decent sales figures every month. Toyota needs new products to catch the attention of a market which sees over 2.8 lakh cars sold every month on average. Here’s a list of cars which we expect the company to showcase at the 2018 Auto Expo.

The compact 7-seater MPV/SUV segment has only two cars for now, the Honda BR-V and the popular Maruti Suzuki Ertiga. Toyota’s Rush, a 7-seater SUV, could fit in this space very well, and considering it will be the only one of its kind - create a niche for itself.

The Toyota Rush is now in its third generation and was showcased in Indonesia in November 2017. The Rush is tall and narrow, using its height than length to free up space for 7 passengers. Design highlights include LED headlights, aggressive details all around and a noticeably high ground clearance. The interior is not as exciting to look at as the exterior, but the Rush is offered with a touchscreen infotainment system, climate control, stop/start button, 8-speaker surround sound system, leather upholstery, and 12V outlets for all rows of seats.

The Toyota Vios is almost certainly coming to India -- it has been spied testing here multiple times and the C2 sedan segment in India has potential to grow. If launched, the Vios will have to contend with the Maruti Suzuki Ciaz, Hyundai Verna and the Honda City.

The Toyota Vios has the potential to be a big hit in its segment. It is stylish, with a sharp sporty design which is reminiscent of the company’s new global design language, especially the Camry facelift. It may be smaller than the Ciaz and the City in terms of exterior dimensions but Toyota could use clever packaging to make it as spacious on the inside. The Vios is certainly feature packed: projector headlamps, LED DRLs, keyless entry-and-go, automatic climate control, a touchscreen infotainment system, 60:40 rear split seats etc. are some of the highlights.

The Toyota Vios is only sold with 1.3-litre and 1.5-litre petrol engines internationally. Toyota in India could plonk in the 1.4-litre, turbocharged 4-cylinder motor to make it more desirable for Indian buyers.

The eighth-generation Toyota Camry was first showcased in the USA earlier in 2017, sporting a radical change for Toyota in terms of design. Gone is the conservative, please-all design of its predecessors and in comes a very aggressive, almost in-your-face design. Toyota wants to be seen as a manufacturer of exciting cars, and the Camry is the first step it has taken in that direction.

Under the exciting skin is an all-new modular platform and updated powertrains. The car is longer, wider, lower and has a bigger wheelbase than before. The rear seat space should increase by a big margin and the airplane-like reclining seats should make it very attractive for buyers looking for an executive sedan. The aggressive design is carried over inside too -- the dashboard especially is eye-catching with its curved design, large infotainment screen and the use of brushed copper trim.

The Camry will be offered with a 2.5-litre, 4-cylinder petrol as standard in India when it is launched. It is not confirmed if the Camry hybrid will be offered considering the lower incentives from the government for such cars.

Toyota’s flagship SUV gets a nip and tuck and improved luxury inside for many international markets. The carmaker could consider launching this facelift in India as it has been over two years since the SUV was launched in the country and there is significant interest in large luxury SUVs, with new launches from Land Rover and even Toyota’s luxury arm, Lexus.

On the outside, the new Land Cruiser looks less intimidating than before. Not that it has become smaller than before, but the design is certainly a bit softer with the addition of sleeker headlamps. The majority of the changes have been made on the inside for improved luxury, with drivetrain improvements for better on-road and off-road ability, and with additional safety equipment.

The 4.5-litre, V8 diesel motor found under the hood of the current Land Cruiser is expected to be carried over to the facelift as is. This develops 265PS/650Nm and is paired to a 6-speed automatic with full-time AWD with locking differentials.