Royal Enfield says it's not intended for production, but gives a glimpse of the direction the brand might take 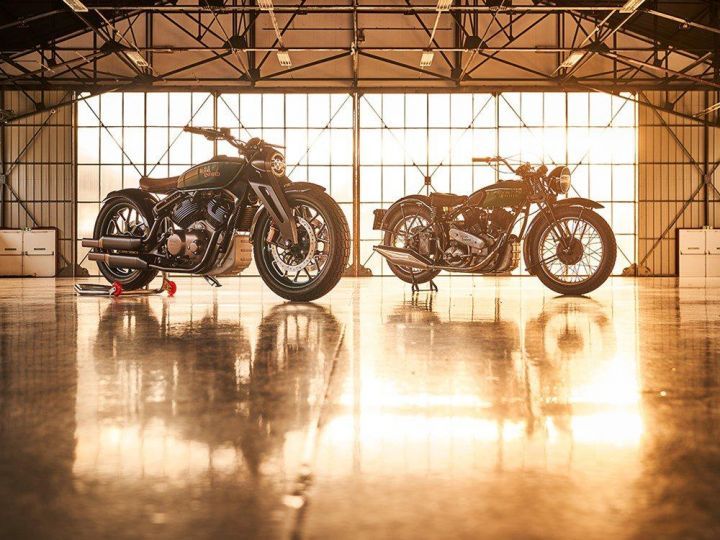 Royal Enfield has taken the wraps off its most ambitious concept yet, the Concept KX. The motorcycle’s silhouette bears an uncanny resemblance with the Indian Scout. However, Royal Enfield says it has taken design inspiration from the 1938 Royal Enfield KX, which, like the concept, also featured a V-twin.

However, the KX had an 1140cc engine, while the concept bike gets an 838cc V-twin that’s air- and oil-cooled. Power is sent to the rear wheel via a chain drive. Royal Enfield has not revealed the power and torque figures.

While it may have a lot of similarities with the older motorcycle, Royal Enfield has given the Concept KX some modern touches like alloy wheels, LED lighting for the headlamp and tail lamp, along with a full-digital instrument cluster. While the front end looks aesthetically pleasing, the twin stacked exhausts don’t really gel well with the overall design language of the motorcycle.

Its split cradle frame uses the engine as the stressed member. Up front, the bike features girder-type forks, while the rear comes with a monoshock, neatly placed beneath the seat for that hardtail look. The motorcycle employs twin disc brakes up front wheel with Bybre radial callipers, and a disc at the rear. It rides on alloys, shod with Maxxis tyres.

While the Concept KX isn’t scheduled for production, it does give us a fair idea about what the cult brand has in store for the future. Moving on to what has already made it to production, Royal Enfield also launched the Interceptor 650 and the Continental GT 650 in Europe. Prices for the former start from 5,500 GBP (around Rs 5.25 lakh), while the latter starts at 5,700 GBP (Rs 5.44 lakh) (both prices On The Road, UK). The bikes come with 3-year warranty as well.