The kid was apparently on his way to buy his dream car! 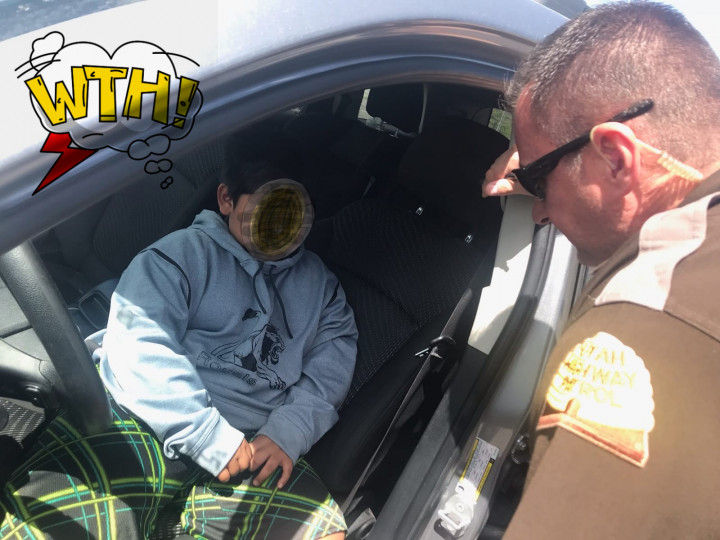 Driving without a license, especially when underage, is an illegal offence. In India, offenders can face a hefty fine and could also end up in prison. And in more developed countries, the consequences are even stricter. That said, what would you do if you were the cop that found a five-year-old kid behind the wheel of an SUV on an interstate highway in Utah? That’s exactly what happened

The kid apparently stole the keys to the SUV from his parents and was on his way to California to make a big purchase. When the cops found the SUV weaving down the highway, the cop pulled the vehicle over by flashing his lights. As the driver of the silver SUV managed to pull aside, the cop was surprised to find a five-year-old in the driver’s seat.

Now comes the hilarious part. When the cop questioned him, the kid responded that he was on his way to buy a Lamborghini. Wait, what? A five-year-old driving to California to buy a Lamborghini? Apparently, the kid had a tiff with his mom when she refused to buy his dream car. So the young man decided to take matters into his own hands and was on his way to California to buy his dream sports car. And apparently, he only had $3 in his pocket to buy the Lambo of his dreams.

Well, it looks like the cop spared the kid and ferried him back home. And while his dream of buying a Lamborghini wasn’t satisfied, a good samaritan named Jeremy Neves took the kid for a joy ride in his Huracan. We are sure the kid has now begun saving up to buy his own Lambo one day. Quite the enthusiast, eh? We say, yes!