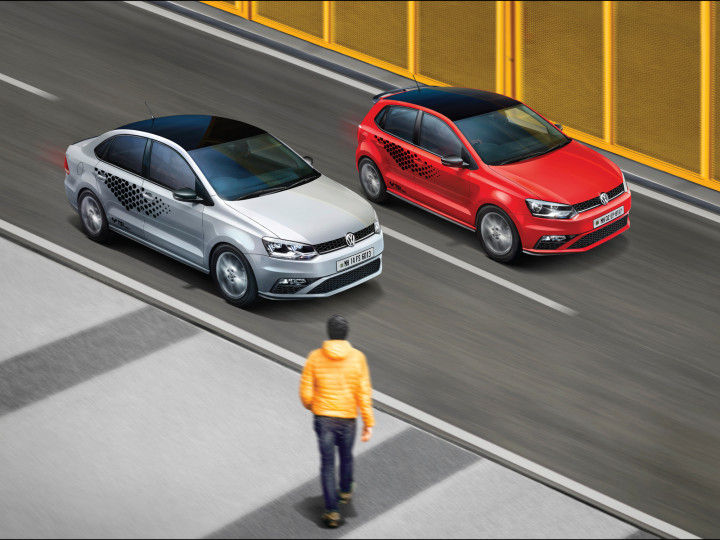 Volkswagen India has launched limited-run TSI editions of the Polo and Vento. These TSI editions are based on the Highline Plus manual variants and come with cosmetic enhancements to differentiate them from the standard models. You can book both the cars through Volkswagen’s official website. Here’s the detailed price list of both cars:

The PoIo TSI Edition is affordable by Rs 13,000, while the Vento TSI Edition is Rs 1 lakh cheaper than the regular Highline Plus manual variant. The pricing is rather impressive considering both models are based on the top-spec variant and come with cosmetic enhancements.

As with previous VW limited editions, the Polo and Vento TSI editions come with plenty of blacked-out bits and body decals. Highlights include blacked-out wing mirrors, body decals on either sides, TSI edition stickering, a blacked-out roof, and rear spoiler.

Both models are powered by a BS6-compliant 1.0-litre TSI petrol engine that develops 110PS of power and 175Nm of torque. Though the Polo and Vento are available with a 6-speed automatic, the TSI edition is offered with a 6-speed manual gearbox only.

The VW Polo locks horns with the Hyundai Elite i20, Tata Altroz, and Maruti Baleno while the VW Vento rivals the Hyundai Verna, Maruti Suzuki Ciaz, Toyota Yaris, and the upcoming Skoda Rapid TSI and 2020 Honda City. What do you think of these limited edition models? Let us know in the comments below.