Based on the Go+, Datsun will be showcasing the Go-Cross concept at the 2016 Auto Expo in February 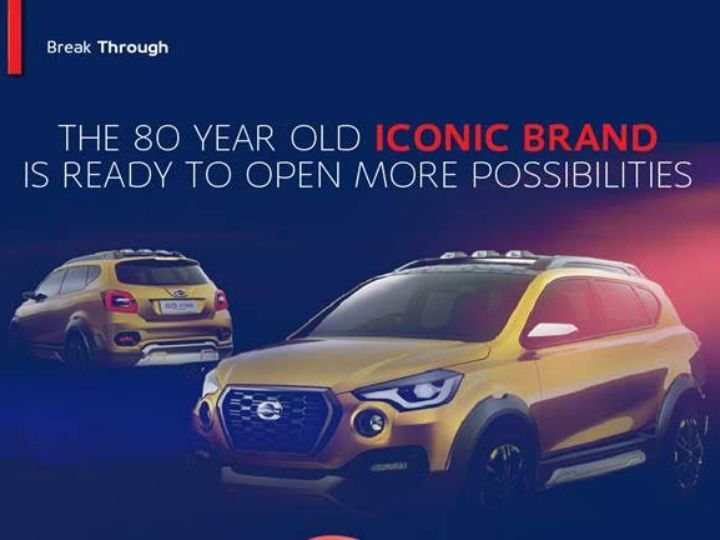 Datsun will be unveiling the Go-Cross concept car at the upcoming 2016 Auto Expo in Delhi in February. The Go-Cross is a crossover concept which borrows its platform from the seven-seater Datsun Go+ that is currently sold in the Indian market. The concept is also a precursor to the cars that the manufacturer will be offering in the future. The Go-Cross gets a raised stance with added body panelling giving it a tough crossover look. The concept was unveiled by Datsun at the 2015 Tokyo Motor Show in October. The Go-Cross concept strongly borrows the design philosophy which is seen in the current range of cars by Datsun.

Featuring a large hexagonal grille surrounded by a thick chrome bezel, the front look is rounded off by the angular headlamps, raised fog lamps, and prominent skid plate. On the side, apart from the beefed up panelling, the Go-Cross receives roof-rails, raised height and large alloy wheels. Rear roof-mounted spoiler, bottom skid plate, and the overall crossover styling finish the look of the Datsun Go-Cross.

The company has not yet revealed any details about the interiors of the Go-Cross. As for what powers the Go-Cross, we believe it is likely to get the 1.2-litre 3-cylinder petrol engine that would be tuned to produce around 68PS of power at 5,000 rpm and 104Nm of torque at 4,000rpm. The Go-Cross will borrow the 5-speed transmission from the Datsun Go+. The production model is likely to receive a diesel variant also.
Datsun is yet to confirm whether the compact crossover Redigo, showcased at the last Auto Expo and which has been spotted testing on several occasions on Indian roads, will also be present with the Go-Cross at the 2016 Auto Expo.