After its debut a few months ago in Tokyo, the Datsun Go-Cross concept has made its Indian debut at the 2016 Indian Auto Expo. The Go Cross Concept will be a preview of the Go Cross production car that will be launched soon. 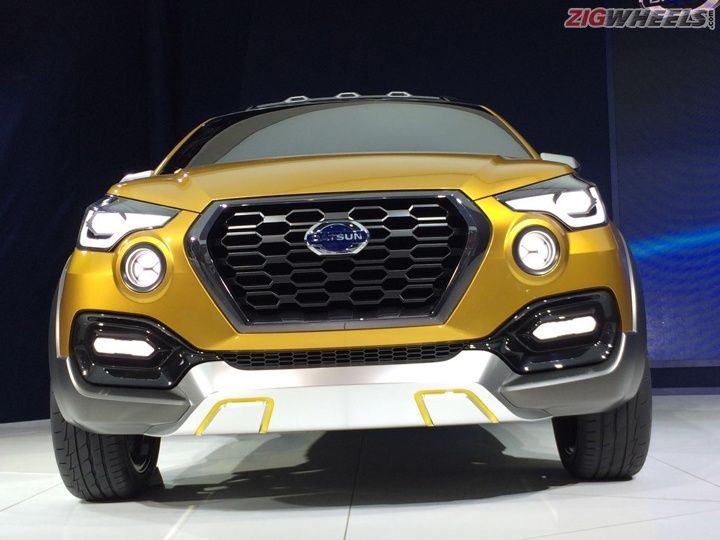 Datsun has brought the Go Cross concept to India at the 2016 Auto Expo. The cross hatchback/micro SUV concept is essentially a showcase for how the new Go Cross compact SUC will look like when launched soon in India. The new Datsun Go Cross concept is based on the Go hatchback and the Go Plus MPV and will be slightly more expensive than both these cars that are already available in India.

The Go Cross  Concept was first unveiled at the 2015 Tokyo Motor Show, where Datsun described it as the brand's vision for possible expansion of the Datsun GO/GO+ family in countries like India and Russia. In terms of overall design, the Go Cross compact crossover or micro SUV gets a distinctive front end with a hexagonal and well textured radiator grille. The concept also gets a LED fog light and swept back headlamps along with plastic cladding on the side. Other exterior additions that add to its crossover nature are curved wheel arches, sporty side skirts, sharp ORVMs, roof rails, and a massive rear diffuser.

The Datsun Go Cross Concept will get into production soon and will be available with both a 5-seater and a 7-seater option. Under the hood the Datsun GO Cross production version will come with both petrol and diesel engine options. While the 1.2-litre three-cylinder petrol engine is the same one that powers the GO hatchback and GO+ MPV, the 1.5-litr dCi diesel motor will be the same one that powers the likes of the Micra and the Terrano.