2022 F2 Round 5 Monaco Qualifying: Jehan Daruvala Lines Up 8th For The Feature Race

The Indian driver will start third for Saturday’s sprint race 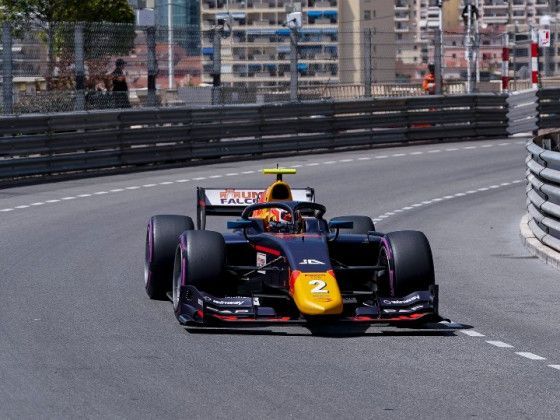 Prema Racing’s Jehan Daruvala kicked off his Monaco race weekend, qualifying eighth for the feature race at the fifth round of the 2022 FIA Formula 2 Championship. The Red Bull junior driver’s teammate, Dennis Hauger, will line up 11th on the grid.

Due to the short and constrained nature of the Monaco street circuit, things were different in how qualifying went down. Via a ballot, the 22-car field will be split into two groups, with each group getting a 16-minute qualifying session. The fastest driver amongst the two groups, and other drivers in his allotted group, will start on the left-hand side of the grid. The other group of drivers will start ahead of their counterpart group driver corresponding to their position.

Daruvala was slotted in Group B, the second group that would go for its 16-minute qualifying session. In the initial runs the Indian driver managed to qualify the fastest amongst his group. But luck didn’t go the Red Bull junior driver’s way, as Jake Hughes’ crash in the dying stages meant Daruvala didn’t get a chance to improve on his lap time and was pushed down to fourth in his group. Combine the two groups, and Daruvala secured eighth position.

While it wasn’t the most fortunate of qualifyings for Jehan Daruvala, the Indian driver will start third for Saturday’s sprint race. That’s thanks to the  top 10 qualifiers lining up in a reverse order. For the feature race, the qualifying results will determine the grid.

Saturday’s sprint race will take place at 9:10pm (IST) with Sunday’s main feature race then flagging off at 1:20pm (IST). All races will be broadcast on Star Sports / Hotstar.