Two of them will be facelifted models, while BMW be making haste to bring its new standalone performance SUV 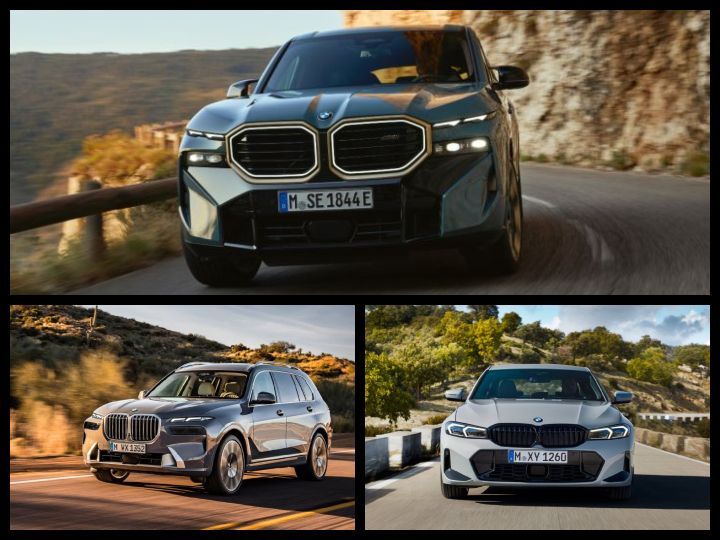 Mark your calendars, ladies and gentlemen. BMW will be launching not one nor two, but three cars in the country on December 10. The X7 flagship SUV and M340i performance saloon will be getting their midlife updates, while the carmaker will not waste any time in bringing its latest standalone M offering, the XM.

Here’s a brief overview of what each model brings to the table:

The facelifted 3 Series will first be brought to India in its top-spec performance trim, the M340i. What it brings to the table is a sharper-looking fascia with a slightly larger kidney grille and a radical change to the interior layout featuring BMW’s i-Drive 8 user interface. The heart of the matter, a 387PS 3-litre six-cylinder turbo-petrol engine, is likely to remain unchanged. You can read more about the updated 3 Series in our detailed unveiling story.

The most polarising thing about the updated X7 when it comes to India is going to be its front end with the XXL grille and split LED headlamps. But take that out of consideration and what you get is a smart-looking SUV and a fairly opulent cabin featuring BMW’s i-Drive 8 system. No major mechanical changes are expected, so it could carry on with its 3-litre petrol and diesel engines. More details about the facelifted X7 can be found here.

The highlight of these three launches would be BMW’s standalone M model, the XM SUV. Once again, the exterior design might split opinions, but the XM packs some serious punch. Underneath the bonnet is a plug-in hybrid 4.4-litre twin turbo V8 putting out 653PS, making it one of the most powerful BMWs ever until now! Read more about the upcoming Urus rival in our detailed unveiling story.

So there you have it. These are the three new BMW cars that will enter the market on December 10, with the facelifted models to get pricier with the update. Which one of these cars are you waiting for? Drop your thoughts in the comments section.