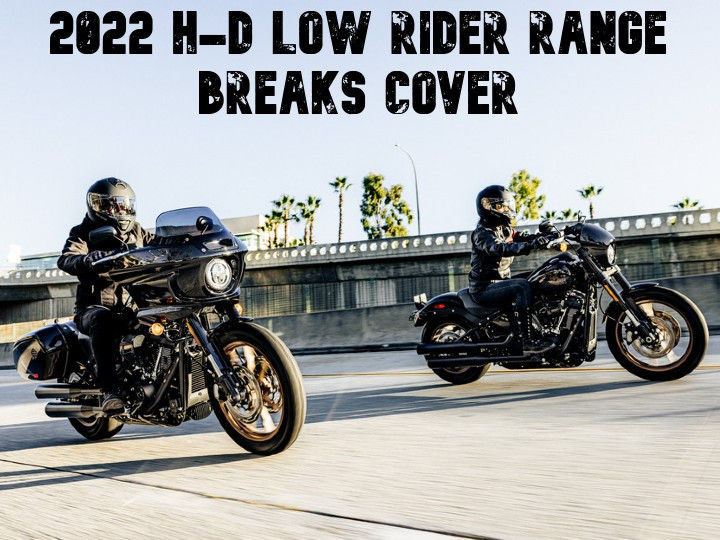 Harley-Davidson has introduced the 2022 Low Rider S and the new Low Rider ST bagger variant globally. The saying: “There is no replacement for displacement” is as American as it gets and Harley-Davidson has done exactly that to the Low Rider. The 2022 iteration features a bigger engine along with a few other tricks up its sleeve. The 2022 Low Rider S is priced at GBP 17,795 (around Rs 17.95 lakh), making it around Rs 80,700 more expensive than the 2021 model. On the other hand, the new Low Rider ST retails for GBP 19,395 (about Rs 19.57 lakh) in the UK.

The biggest update for 2022 is obviously the bigger Milwaukee-Eight 117 engine in both variants. This 1923cc air-cooled V-twin with precision oil cooling churns out 104.69PS at 4750rpm and 169Nm at 3500rpm, making it 10.88PS more powerful and 14Nm torquier than its predecessor. The motor works alongside a 6-speed transmission linked to a belt final drive. There are no fancy electronics here apart from the standard dual-channel ABS.

While the front retains the same 43mm inverted single-cartridge fork as before, the rear monoshock offers slightly longer wheel travel, and as a consequence, the seat height in the Low Rider S has gone up from 690mm to 710mm. Even the ground clearance has been increased from 120mm to 145mm. This also allows the bike to enjoy a 1.3-degree higher lean angle on both sides.

The Low Rider ST gets a slightly higher 720mm seat and a 150mm ground clearance. Braking prowess is courtesy the dual front 300mm discs and a rear 292mm disc. The two motorcycles roll on a 19-inch front and a 16-inch rear alloy wheel wrapped with Michelin Scorcher 31 tyres. Interestingly, the Low Rider S weighs the same as its predecessor, at 308kg (kerb), while the ST variant has a kerb weight of 327kg.

The ’22 Low Rider S now features a handlebar-mounted instrument cluster instead of the tank-mounted unit. It is now a single-pod semi-digital unit featuring an analog tachometer, digital speedometer, gear position indicator, odometer, fuel level, clock, trip and range indicator. There’s no smartphone connectivity here. The ST variant gets an even smaller handlebar clamp-mounted LCD instrument cluster but with the same set of info as the S variant.

The Low Rider ST variant also comes with an aerodynamically designed frame-mounted fairing, twin lockable hard-case saddlebags with a combined capacity of 53.8 litres for better touring capabilities. Both bikes get an all-LED headlight and tail lamp, and a USB charging port.

Summing up, Harley-Davidson has given its sporty cruiser not only a bump in performance, but has also made it more touring friendly with a new variant. Expect Harley to launch the bike to India in mid-2022. The closest alternatives in India would be the Indian Chief Dark Horse and the Indian Super Chief Limited. 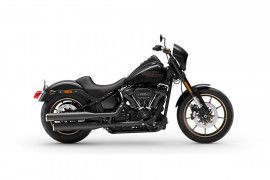 All Comparisons of Low Rider S