The uber-efficient car that the Maruti Celerio diesel is, it spoils us with its unbelievably low running costs 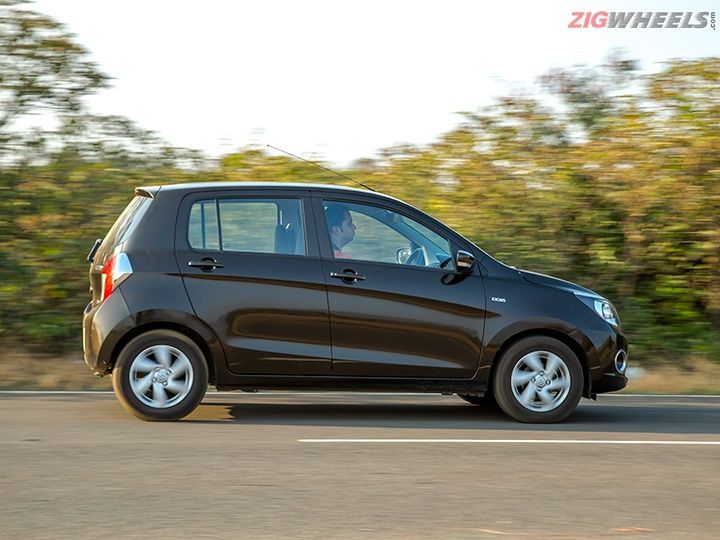 Remember the Maruti Suzuki ad years back where a kid is going on playing with his toy car all over the house and his father asks him to stop? The ad ends with the kid cutely replying to his father – “Papa ki karaan, petrol khatam hi nahi hunda!” Loosely translated that’s him saying I can’t help driving, the car just doesn’t run out of fuel! That line is exactly what the Celerio diesel reminds me of. With its kind of efficiency, the car just seems to go on and on, with the fuel gauge refusing to move towards empty. With a two-cylinder diesel engine under its hood, the Celerio diesel is easily one of the most fuel efficient cars in the country. I’ve been driving the car for over a month now, and the fuel consumption indicated by the on-board trip computer is always north of 20kmpl.

Initially I was wondering if something is wrong with the fuel gauge, since it refused to budge from the full mark for the longest time! But drop a single bar it did, and that too after some serious driving across town and on the highway. I wouldn’t be surprised if the cost of ownership including fuel costs is comparable to a motorcycle! Of course, ours is the top variant that’s equipped with safety features like airbags and ABS apart from creature comforts like Bluetooth connectivity with steering mounted controls, USB and AUX connectivity and what not.

It’s a fairly comfortable car too, especially in the city. It runs out of breath on the highway and holding speeds above 100kmph for extended periods is not something the Celerio diesel was made for, but it truly impresses on daily commutes with its ease of driving. Admittedly, the two-cylinder diesel motor sounds at times as if something were broken inside, or even like some light commercial vehicles, but it does feel smooth. It’s a likeable car, the Celerio diesel, and I’m enjoying my time behind its wheel thanks to its superb fuel efficiency. I’m ruing the fact that the car is heading back to Maruti so soon – the Celerio diesel has spoilt me with its affordability and practicality, and I’m wondering if my next long termer will be able to match its lofty benchmarks as a ridiculously affordable daily driver.