Skoda's bestselling sedan gets a nip and tuck. Here's what you need to know 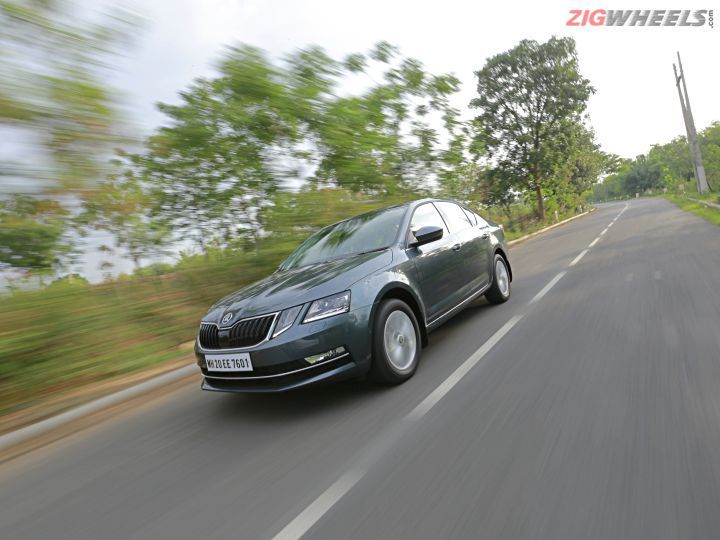 Back in the early 2000s the executive sedan segment was in its nascent stage, but the Octavia was rocking it for Skoda. Of course, it was the RS version that caught the attention of enthusiasts like me - 150PS was unheard of, and it was one of the first cars to hit 100kmph in just 9 seconds!

Fast forward to a decade later, and it isn't difficult to understand why we were excited when the Czech manufacturer brought the Octavia nameplate back in 2013 to replace the Laura, after discontinuing it in 2010. Of course, it came back in an all-new avatar with more space, comfort and well...more of almost everything.

It's been four years since, and the Octavia has sure delivered the goods, doing well in a segment that's almost threatened by similarly priced SUVs and crossovers. For 2017, the Octavia gets a host of updates, and will be launched soon. But is a nip and tuck job and more features good enough to freshen up its appeal? A quick spin near the beautiful city of Chandigarh helped us answer the question.

Facelifts, as the word suggests, are usually about refreshing the front end of a car, and that's also the case with the Skoda Octavia. Headlamps are split units now, which somewhat remind of the previous generation Mercedes E-Class. The grille now wears a gloss black finish, and the inner headlights that work as the low beam sits flush with it, almost appearing like an extension.

The outer headlights function as the high beam, and they appear like a chopped version of the outgoing car's headlights. In pictures, the design of the headlights may look quirky but in the flesh the effect of the split design is quite pleasing. Headlights are now all-LED, and are adaptive units. The LED DRLs underlining the headlights also function as turn indicators, and are extremely bright.

Skoda tells us the all-LED headlights will help in energy saving and have a longer life than conventional lights. There's a prominent chrome lining on the bumper joining the fog lamps at either end, which adds more character to the face, while the lines on the hood give it a more muscular appearance. There are no changes to the sides visually, except for the new design of the 16-inch alloys.

Changes at the rear are subtle but noticeable, especially since the bumper's tighter lines make it look more compact while the tail lights look better thanks to the revised internal design.

While mechanical changes are few, the rear track of the Octavia has been increased to improve handling, and also accommodate the revised suspension which is slightly softer than before to boost ride quality. Interestingly, Skoda is claiming a marginal increase in fuel efficiency, purely due to the improved aerodynamics of the car! Thus, claimed efficiency for the 1.4-litre petrol now stands at 16.7kmpl and 15.1kmpl for the 1.8-litre TSI. As for the diesels, Skoda claims the manual version powered by 2.0-litre engine will return 21kmpl overall. The figure drops to 19.5kmpl for the automatic version powered by the same engine.

The 6.5-inch touchscreen has been replaced with a bigger and much better 8-inch unit. It uses capacitive touch like smartphones now, and touch sensitivity is a lot better. The screen is, in fact, a large glass panel that houses touch points for the controls on either side, instead of physical buttons to offer a more premium feel than before.

Resolution is very crisp and just like a smartphone, it even offers pinch to zoom functionality for the maps! The multi-function display between the speedometer and tachometer has been revised too and offers information in bright colours and a crisp resolution. Air-conditioning vents have been redesigned for better channelling and visual appeal.

Quality of plastics and other materials inside is top notch, and the dashboard particularly feels premium thanks to the large touchscreen and its soft-touch plastics.

Beige interiors look good and offer an airy feel, which is accentuated further with the panoramic sunroof overhead. That said, the interiors are prone to start looking dull in our dusty conditions, and the thin fabric on the roof under the glass panel of the sunroof means the cabin will heat up quickly if you park your car under the sun.

The feature list has been revised, and there are some interesting ones on the safety and convenience front. The highlight though has to be semi auto park assist. The system will identify a parking slot big enough to accommodate the car - parallel or perpendicular and steer the car into it at the press of a button. You merely need to use the brake and throttle to park the car sitting in the driver's seat, and watch the car steer itself into the parking space. You can even get the car out of a parking spot similarly in case you aren't sure of being able to steer the car out of a tight spot.

The infotainment system continues to offer Apple CarPlay, Android Auto and MirrorLink connectivity. The navigation system is pretty neat too - maps are legible easily even on the go, unlike some of the navigations systems on other cars. I've preferred using navigation on my phone always, but the Octavia's system is a breeze to use, especially with the prompts through the multi-function display between the clocks and prompted me to put my phone away and focus more on driving the car.

The Octavia also gets ambient lighting on all door panels now, and you can choose from 10 different colours and also adjust the brightness of the lighting.

For the chauffeur-driven lot, Skoda now has a smartphone app called Skoda Media Command. It offers full control of the audio system and also lets you punch in a new destination on the car's navigation system through your phone itself. Rear seat occupants also get two USB slots with quick charging to recharge mobile devices, which is a thoughtful addition.

There's new additions on the safety front, too, as the Octavia now gets a fatigue alert system that works on various complex algorithms that calculate the driver’s alertness via his steering work and tell him if he needs to take a break. Like before, the Octavia also gets Skoda’s multi-collision braking along with 8 airbags. For the uninitiated, multi-collision braking basically ensures the car decelerates quickly from whatever speed it is travelling at after a primary impact, to avoid a second impact with another vehicle on the road or otherwise.

How is it to drive?

The car remains identical to the outgoing version mechanically, except for the wider rear track as mentioned earlier. Powertrain options remain the same and you can choose from the same 1.4-litre petrol, 1.8-litre petrol and 2.0-litre diesel engine options. We drove the 2.0-litre diesel version which offers 143PS of power and the 1.8-litre TSI petrol engined version that offers 180PS.

The diesel motor feels as smooth as ever and offers brisk acceleration along with excellent throttle response. The engine is a tad noisy though, with the clatter typical of diesel engines. It comes mated to a 6-speed DSG automatic gearbox as before. The 1.8-litre petrol version has always been the better driver's car and is a hoot to drive with its performance and the responses from the 7-speed DSG transmission.

The abundance of space and plush ride quality are the highlights of the Octavia as before, with the latter not compromising handling or driving pleasure. The steering offers good feel and feedback too, while feeling perfectly weighted, which adds to the joy of driving the car. While the diesel version is a good handler no doubt, the petrol version handles even better, thanks to its independent rear suspension that also offers a slightly better ride.

Anything else to know?

Yes. Skoda has been focusing big time on enhancing its service experience over the years, which was an Achilles heels for the brand. As per the company, spares and service costs have come down tremendously, besides improved experiences at service centres. In fact, with the Octavia, buyers have the option of going in for a four-year service package that costs merely Rs 40,000 and covers four periodic maintenance services.

The Octavia was always an excellent car and a brilliant performer in its segment and the facelifted version only builds on the car's strengths. Not that the Octavia was looking too dated but the facelift does give it a fresher appearance, and in fact, the front end looks truly unique with the split headlamp design.