These Are The Biggest, Baddest Bikes That Yamaha Has Sold In India

Everything from power cruisers to championship-winning superbikes and more 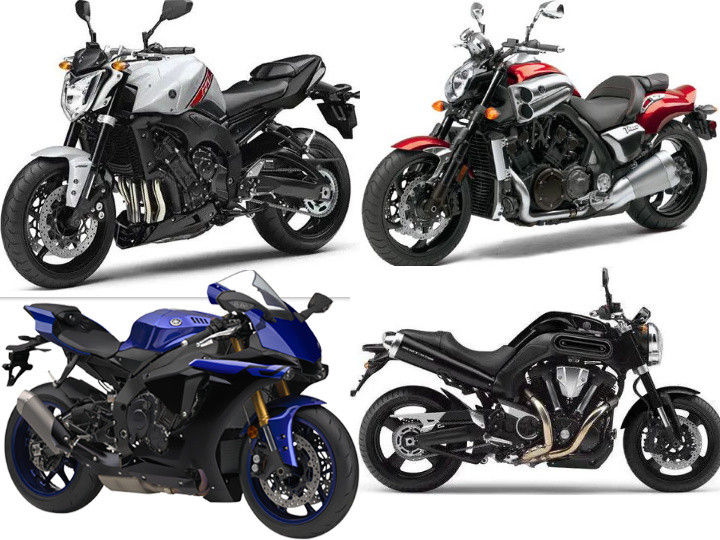 A few weeks ago, as Yamaha celebrated its 65th birthday, we took a look back at the Japanese brand’s 5 most iconic bikes sold in India. This included everything from the humble RX100 to the scarily fast RD350 and even the YZF-R1 superbike. Today, we’re going to focus on only the top-end of the spectrum. We’re taking a look at the biggest, baddest Yamahas ever sold in India:

Yamaha brought in quite an impressive lineup of big bikes to India in 2009 and 2010, and one of the most successful in terms of sales was the macho FZ1 streetfighter. A closer look at the bike reveals that this was no accidental success. With 150PS on tap and a price tag of just Rs 8.70 lakh, it was a great value for money proposition, and with relatively relaxed ergos, it was quite practical too.

The FZ1 was derivative but the bike it was derived from was definitive. Yes, we’re talking about the mighty Yamaha R1 superbike. The cross-plane crankshaftversion has been sold in India since late-2009, when it was first offered as a 185PS monster without so much as a traction control system. The MotoGP-inspired 998cc engine implemented then cutting-edge tech like ride-by-wire. It continues to be on sale even today, with the current iteration now pumping out an incredible 200PS.

With a monstrous 1,670cc V-twin motor and humongous exhaust pipes that resemble heavy artillery, the Yamaha MT-01 was a proper muscle bike in every sense of the term. The dry-sumped engine produced an eye-watering 150Nm at just 3750rpm, and at a price tag of Rs 10.5 lakh, the MT was even more affordable than the R1 superbike. You can even sometimes find one parked outside the Zigwheels office! Ask in the comments to find out who owns it.

Long before Ducati had even imagined the Diavel, Yamaha was already manufacturing its own mighty VMax power cruiser. The bike was launched in India in late-2009 at a scarcely believable Rs 20 lakh. For all that money, you did get a pretty special motorcycle. It was powered by a V4 motor -- one of only two four-stroke Yamaha model lines to be powered by a V4 engine. And at 1,679cc, this was the biggest Yamaha to ever be sold in our country. With four elephantine air-intakes on either side of the tank as well as four huge exhaust exits, the bike had tons of presence, and acceleration to match.