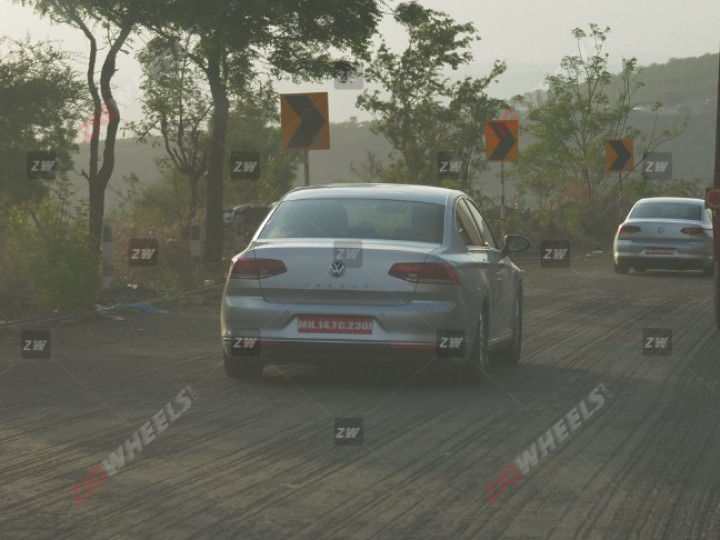 Earlier, Volkswagen India had discontinued the Passat TDI in the country due to BS6 emission norms. However, if you’ve had your eyes set on Volkswagen’s luxury sedan, we’ve got good news. The Passat could soon be offered with a BS6-compliant petrol engine and has been spotted testing in the country.

The new petrol engine in question is Volkswagen’s new 2.0-litre TSI unit that’s found under the hood of the Superb. It develops a healthy 190PS of power and 320Nm of twist and could be offered exclusively with a 7-speed DSG like the facelifted Superb. Here’s how it compares against the older TDI motor:

Though the TSI petrol engine is 13PS more powerful, it’s a tad less torquier than the TDI motor. That said, if you’re a fan of diesel engines, you can rejoice as Volkswagen India hasn’t completely made up its mind of taking the petrol-only route. In fact, Stephen Knapp, Head of Volkswagen India, told ZigWheels that “there’s a very high likelihood that we'll continue with diesel."

Volkswagen could also use this opportunity to spruce up the Passat’s design with minor changes. Inside, it could feature a fully digital instrument console and an updated infotainment system with connected car technology. All these features were recently added to its facelifted Skoda counterpart, the 2020 Superb.

We expect the refreshed Passat to hit VW showrooms later this year. Expect it to command a premium over the older model which was priced at Rs 29.99 lakh (ex-showroom). The Passat locks horns with the Skoda Superb TSI (Rs 30 lakh to Rs 33 lakh) and the Toyota Camry Hybrid (Rs 37.88 lakh).