Suzuki ACross SUV: How Different Is It From The Toyota RAV4?

Both models share the same platform and powertrain. What’s different then? 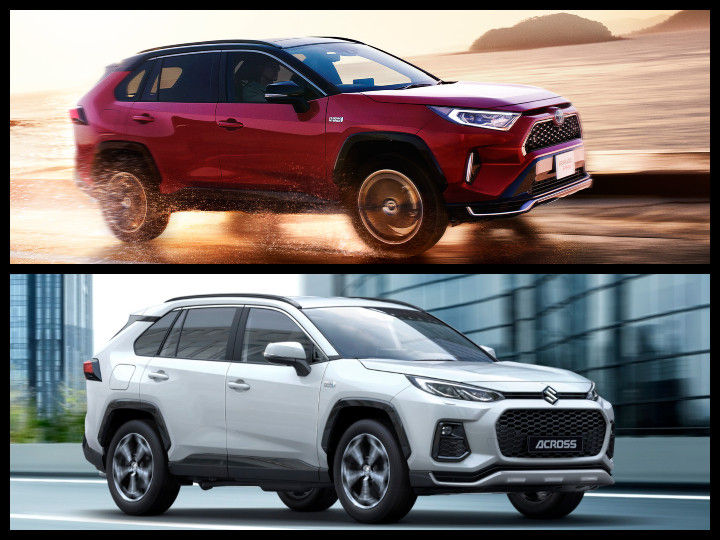 This is the Suzuki ACross, a badge-engineered midsize SUV of the Toyota RAV4. It’s the first model to be supplied from Toyota to Suzuki under their alliance which involves sharing powertrains and cross badging cars. The question is: Has Suzuki given the ACross a distinct identity or is it a copy-paste job a la the Glanza and Baleno? Let’s find out:

Unlike the Glanza and Baleno which look identical except for the badges, we’re happy to report that the ACross has a distinct identity when compared to the RAV4. The ACross’ front-end looks much cleaner than the RAV4 and is quite pleasing to the eye. The Suzuki’s front profile is a bit on the softer side compared to the macho-looking RAV4.

Moving on to the ACross’ profile, except for the new alloy wheels, it looks a lot similar to the Toyota. And at the rear, except for the badging, both models look similar with split LED tail lamps connected by a chrome strip.

While Suzuki has done its job giving the ACross a distinct identity, its fascia takes inspiration from a variant of the Toyota RAV4: the CN-spec Wildlander. Don’t believe us? Have a look below:

While the ACross has a striking exterior, its interior looks largely similar to the RAV4. The only change visible to the naked eye is the Suzuki logo on the steering wheel.

Other highlights include the 9-inch floating infotainment system which features Apple CarPlay and Android Auto as well as chunky knobs for climate control.

Nope, there’s no change here. The ACross continues to utilise the RAV4’s 2.5-litre hybrid powertrain that consists of an ICE motor and twin electric motors, making it an electric all-wheel drivetrain. The ICE engine puts out 190PS/227Nm while the front electric motor develops 182PS/270Nm and the rear one makes 54PS/121Nm.

It also gets different driving modes: EV mode (pure electric), Auto EV/HV (electric-hybrid) mode, HV (hybrid) mode, and battery charger mode (wherein the engine charges the batteries). Thanks to the all-wheel-drive system, you can take the ACross off-road. There’s also a Trail mode which activates the automatic limited slip differential to help you out in a sticky situation.

Yes, the Suzuki ACross shares its underpinnings, features and even powertrain with the Toyota RAV4, but we’re happy to report that Suzuki has given it a distinct identity at the front. Is the ACross coming to India though? Unfortunately, no. Just like the RAV4, Suzuki has no plans to launch this midsize SUV in our country.