Loaded with official accessories, the limited edition models will cost you an additional Rs 1.74 lakh 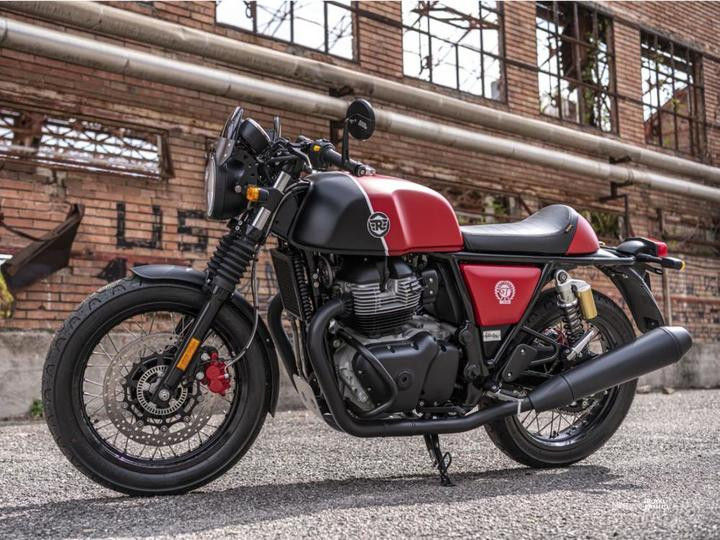 Valentini Motor Company, Royal Enfield’s sole distributor for the Italian market for the last five years has launched the Interceptor 650 and Continental GT 650 in a limited edition series to celebrate its anniversary.

The company has launched as many as 10 limited versions of which six are of the Interceptor 650. Each limited version will be restricted to five units only and will bear the company logo and the number of the series.

Following a common theme, the Valentino Motari examples ditch the classy chrome treatment for a stealthy matte black finish for its details. Everything from engine casing to the exhausts, handlebar, levers, and headlight receives a matte black paintjob. The models also include official Royal Enfield accessories like a bigger windshield, crossbar covers, fork bellows, touring mirrors, engine protection bars and a bashplate as well.

Furthermore, customers can also opt for an upgraded suspension kit that includes Ohlins cartridges for the rear and Andreani Group’s adjustable front cartridges.

In Italy, the price for the standard Interceptor 650 starts at EUR 6,300 which translates to roughly Rs 5.48 lakh while the Continental GT 650 carries a sticker of EUR 6500 (Rs 5.65 lakh). The Valentino Motari editions demand an additional premium of almost EUR 2,000 or Rs 1.74 lakh. The suspension upgrade and the Zard exhaust will set you back by another EUR 1,600, pushing the price to almost Rs 8.75 lakh (EUR 10,050). Pretty steep for a limited edition, don’t you think?