The Spirit Of Ecstasy rides home on yet another Roller! 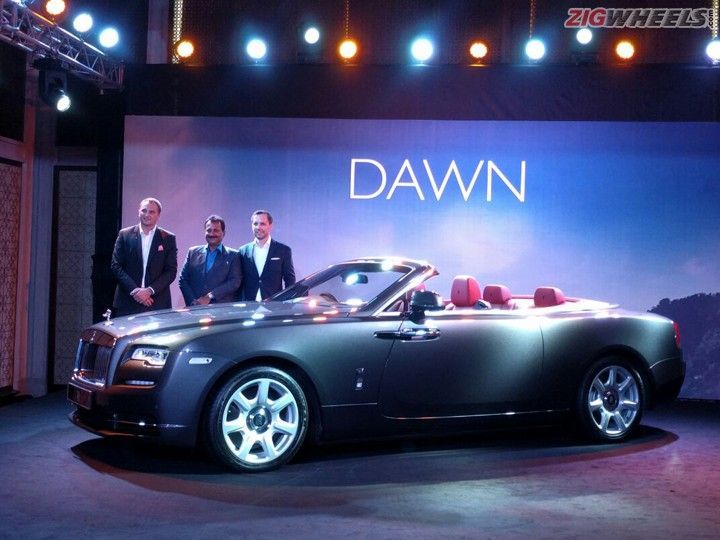 Rolls-Royce has introduced its super-luxury convertible, the Dawn, at a price tag of Rs 6.25 crore onwards. The car is based on the luxury coupe, Wraith, which is already available in India. However, the British manufacturer has made sure that the car has little in common with its sibling, and 80 per cent of its bodywork is entirely new.

The Dawn carries all the awe that a Roller is known for: the long hood, a back-set passenger cabin and that massive convertible top. It is as magnetic as any other Rolls-Royce and even more so, as the manufacturer describes the Dawn as “the sexiest Rolls-Royce ever built".

Designed to turn heads, the Dawn is also reportedly the world's quietest convertible, and we are in no mood to question that. Soft-top convertibles are inherently noisy, but the Dawn employs a staggering six-layered soft drop-top, which sets it apart from the rest of the crowd. The roof folds into the trunk in just 22 seconds, putting up a spectacular show, which Rolls-Royce likes to call a 'Silent Ballet'.

The Dawn gets the signature Rolls-Royce V12 motor producing 571PS of power and 780Nm of peak torque. The state-of-the-art motor needs a state-of-the-art transmission, which in this case of Dawn is an 8-speed ZF motor that can tell the future. How? The gearbox is connected to GPS and it constantly receives data about the curve it’s approaching, thereby selecting the ideal gear and optimising the drive of this behemoth.