Nissan Magnite Starting Price Hiked By Rs 50,000, No Change In Introductory Pricing For Other Variants

The Magnite has received over 32,800 bookings in just over a month since its launch 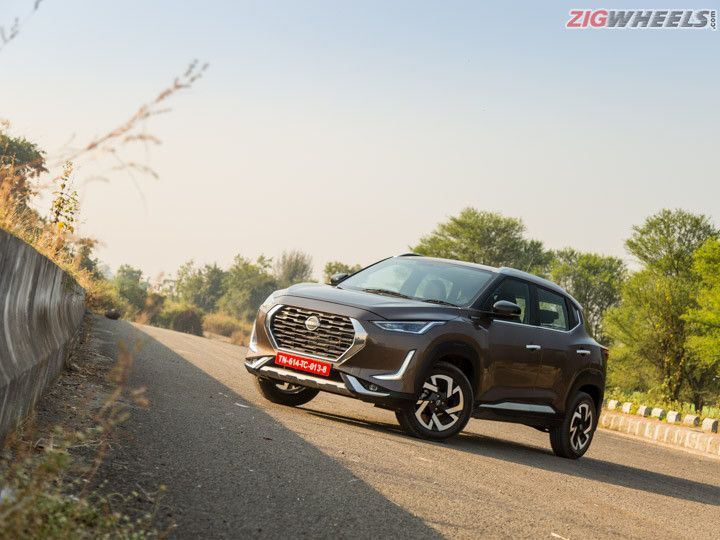 Nissan’s entry into the sub-4m SUV segment, the Magnite, was launched on December 2. In an attempt to turn the tide on the carmaker’s underwhelming performance in India, the Magnite was priced aggressively to undercut its competitors. The introductory pricing for the Magnite was supposed to be valid till December 31, but Nissan has now extended it until further notice--save for the base variant, which has received a price hike.

The Magnite's starting price for the base-spec XE variant has been hiked by Rs 50,000, and the SUV is now priced from Rs 5.49 lakh to Rs 9.97 lakh (ex-showroom). In just over a month, the sub-4m SUV has received over 32,800 bookings, the majority of which came in once test drives began recently. The carmaker will also add a third shift to its plant in order to bring down the waiting period caused by the high demand by a couple of months.

Under the hood, the Magnite gets a choice of two engines, a 1.0-litre petrol engine and a 1.0-litre turbo-petrol engine, with a 5-speed manual transmission as standard. The turbo-petrol engine also gets a CVT option, which accounts for 15 percent of the total bookings. This can be attributed to the fact that the CVT variant’s starting price of Rs 7.89 lakh (ex-showroom) makes it the most affordable automatic model in the segment.

In terms of bookings, Nissan has received just under 4,000 of them through its digital platform. Though the carmaker does not plan on increasing its dealer network, it has plans of increasing manpower at its existing customer touch points and the plant. The sub-4m has also received a 4-star safety rating from ASEAN NCAP. It locks horns with the Hyundai Venue, Kia Sonet, Ford Ecosport, Tata Nexon, Toyota Urban Cruiser, Maruti Suzuki Vitara Brezza, and will also compete with the upcoming Tata HBX and Renault Kiger.