New Two-wheeler launches in May

The month of May will be an exciting month for Indian two-wheeler enthusiasts as a slew of launches are being scheduled. We list down the two-wheelers heading our shores in May, 2015. Know the upcoming bikes to be launched in May 2015 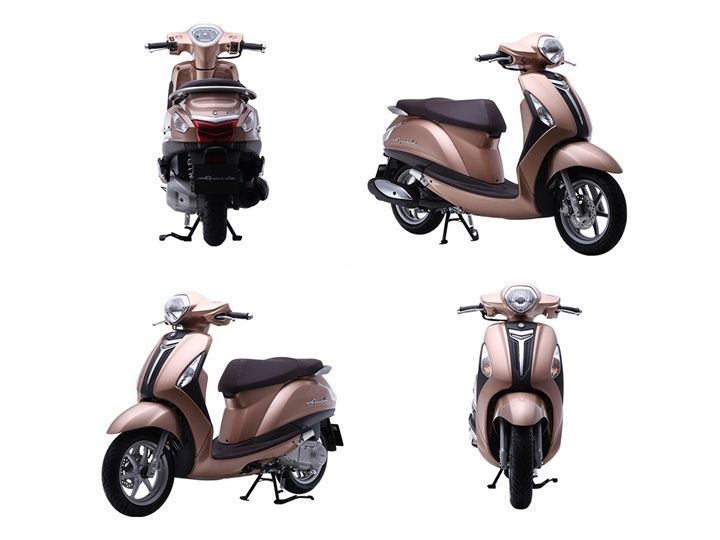 Yamaha India will launch a new scooter in the Indian two-wheeler market on May 7th. The new scooter in question could be the Nozza Grande which has been spotted testing in India on a few occasions. Yamaha has tasted a fair bit of success in the Indian scooter market owing to its Ray series and the Alpha that was launched in 2014. Continuing its expansion in the scooter segment, the Yamaha Nozza Grande will be the first 125cc scooter offering from Yamaha in the Indian two-wheeler market. The upcoming Yamaha 125cc scooter has been codenamed 04X and will be manufactured at Yamaha India’s new scooter production facility in Chennai.

The Yamaha Nozza Grande is powered by a fuel-injected motor in the Vietnam market but it is expected that it will be given a miss to cut cost. Expect the 125cc mill to generate around 8PS of peak power and 9.5Nm of torque. The Yamaha 125cc scooter will be pitched against the Honda Activa 125 and the Suzuki Access 125 in our market. The upcoming Yamaha 125cc scooter could command a slight premium and be priced between Rs 55,000 to Rs 60,000. Watch this space for more updates.

The Indian Chief Dark Horse will be the cheapest offering in the Chief range of motorcycles. The Indian Chief Dark Horse is the sixth new offering from the iconic bikemaker after being purchased by Polaris in 2011. The Indian Chief Dark horse as the name suggests sports a matte-black finish on the V-twin motor, headlamp, forks and alloy wheels. The stealth treatment continues onto the renowned valenced fenders, handlebars and the saddle. Chrome is present only in the form of trimmings on the fenders, engine covers, levers and the exhaust pipe has a dual-tone, chrome-black finish that looks sinister. Apart from the blackened out theme, other visual difference between the Indian Chief Classic and the Chief Dark Horse are the missing lights on either side of the headlamp and alloy wheels instead of spoke wheels. The whitewall tyres have also been given the boot in favour of the dark theme.

Powering the bike is the Polaris developed Thunder Stroke 111 powerplant as found on the Indian Chief Classic. The 1,811cc, liquid-cooled, fuel-injected, V-twin engine pushes out 141Nm of peak torque while the Indian-spec motor churns out 139Nm of peak torque. The engine is mated to a six-speed transmission that transmits power to the rear-wheel via belt drive. Despite being the entry-level offering in the Chief portfolio, Indian has been generous on the Chief Dark Horse with respect to features as it is equipped with keyless ignition, ABS and cruise control.

The Roadmaster will offer luxury touring, with unparalleled comfort, styling and performance for the open road and will be the flagship product of the iconic American bikemaker. The 2015 Indian Roadmaster is built upon the iconic Roadmaster name used by Indian Motorcycles in the 1940s, and comes with a host of features like ABS, cruise control, remote locking hard saddle bags, heated rider and passenger seats, heated grips, keyless start and power windshield as standard. Powering the Roadmaster is the 1811cc Thunderstroke 111  V-Twin engine, which makes almost 139Nm of torque at 2600rpm, to haul the over 400kg mass of motorcycle. The engine is the same unit that powers the Chieftain and Chief range of Indian Motorcycles.

The Horizon Power Windshield offers push-button adjustability to customize airflow, provide weather protection and reduce glare. Adjustable floorboards provide passenger riding comfort and leg room comfort. The Roadmaster will be the flagship tourer of Indian Motorcycles and will offer more than 140 litres of weatherproof storage in the convenient saddlebags, roomy trunk, lowers, and fairing including convenient front storage in the lowers that’s easily accessible to the driver while riding.

The Scrambler will be Ducati’s cheapest offering in the Indian market and will carry a price tag of around Rs 6.4 lakh (ex-showroom). What makes the Scrambler so attractive is firstly, the price tag and more importantly, the classic retro looks harking back to simple, fun-to-ride, air-cooled motorcycles of the 1970s. The new Scrambler’s engine, is the same 803cc V-Twin engine of the Monster 795, and makes about 76PS power and offers 68Nm of torque at 5,750rpm. We have had a taste of the Scrambler during Ducati’s Asia press ride in Thailand a couple of months ago. And from initial impressions, the Scrambler promises to be a very capable and fun machine. Of course, those retro cool dual-sport looks makes it all the more desirable. As much as Ducati fans, we are also waiting for the Scrambler to be launched in India, to get our readers a full test and review.

Launch Date: End of May

Bajaj Auto Ltd will be launching a fourth all-new Pulsar next month after the launch of the Pulsar RS200, AS200 and AS150. The new Pulsar will be the much-awaited naked Pulsar 150NS and will likely replace the ageing Pulsar 150 which has dominated proceedings in the 150cc segment for years but now has started to its age both mechanically and cosmetically. In terms of looks, the 150NS will take design cues from the 200NS, but essentially it will be a Pulsar AS 150 without the quarter fairing. The new 150NS will be based on the same perimeter frame as the Pulsar AS150 and will also sport a nitrox monoshock at the rear, like the AS150.

The engine will also be the AS150’s twin spark, air-cooled single cylinder unit, which is more powerful and efficient than the existing Pulsar 150’s and is good for 17PS power at 9500rpm and maximum torque of 13Nm at 7500rpm. The new Pulsar 150NS is likely to be priced around Rs 73,000 and will compete against the likes of the Suzuki Gixxer, Yamaha FZ-S FI V2.0 and the Honda CB Unicorn 160.