With just 750 cars up for grabs, the new Roadster is among Merc’s most exclusive models 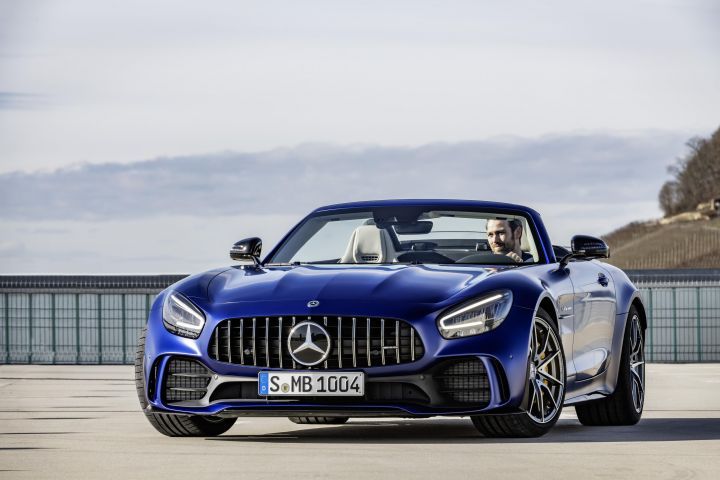 'The Beast From Green Hell’ now has a convertible version and it’s just gorgeous. Yes, the German carmaker has finally unveiled the AMG GTR Roadster ahead of its debut at the 2019 Geneva Motor Show. Three years after the launch of the AMG GTR coupe, Mercedes has equipped the Green Goblin with an electrically retractable soft top without compromising on the mental performance that it’s known for.

Powered by the same 4.0-litre twin-turbo V8 as the GTR coupe, the Roadster gets the same blistering levels of performance. It makes a massive 585PS of power and 700Nm of torque and comes paired to the AMG 7-speed dual-clutch transmission. Like the coupe, the Roadster also does a 0-100kmph run in just 3.6 seconds, but with a top whack of 317kmph, just shy of the GTR’s 318kmph. That’s down to the added weight from the convertible roof.

Speaking of which, the Roadster gets an intricately designed triple-layer fabric soft top roof with a lightweight structure consisting of aluminium, magnesium and steel. Like its hard-top sibling, the Roadster gets a shark nose grille with an aggressive stance and appears to sit lower on the road. It also gets active aerodynamics from the sports coupe, which gives it great handling. Like coupe, the Roadster utilises a carbon fibre component, which at a speed of 80kmph moves downward by about 40 millimetres and changes the airflow. This "sucks" the car onto the road and reduces front axle lift at high speeds.

Mercedes had launched the AMG GTR in India in 2017, and with the Roadster set to make its debut at Geneva, we hope it can also make it to our shores soon. However, with just 750 cars up for grabs, the GTR Roadster will be extremely exclusive and it will also carry a premium over the AMG GTR coupe, which is currently sold in India for Rs 2.31 crore (ex-showroom Delhi).

Also Read: Top Cars To Look Out For At 2019 Geneva Motor Show