This Electric Bike Can Clock 160-240kmph In Under 2 Seconds! 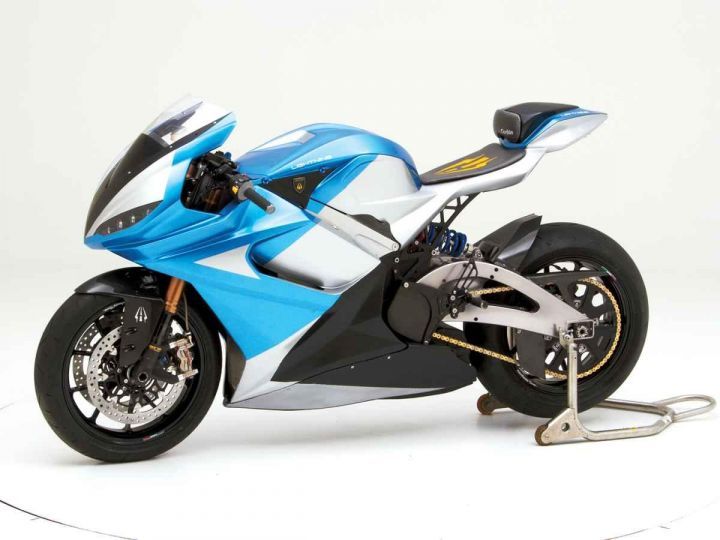 The LS-218, about six months ago earned a name for itself as the world's fastest electric motorcycle. Besides that, with Carlin Dunne in the saddle, the bike set the fastest run at the 2013 Pikes Peak Hill Climb event beating all other petrol-powered bikes in the process. While that’s impressive enough, the company wanted to showcase just how fast the LS-218 really is. For this, they strapped it onto a dyno and let it rip from 100-150mph (160-241kmph). Shockingly enough, the bike did this in under 2 seconds!

The reason for these “lightning fast” speeds is the availability of instant torque, and, in abundance. Also, the electric motor is a 150kW liquid-cooled, IPM (Interior Permanent Magnet) unit which belts out 203PS of power and 228Nm of torque. That’s hyperbike territory! It's not surprising then that the LS-218 chalked a record top-speed run (for an electric bike) of 351kmph at the Bonneville Speedweek in August 2018, thus making it the world's most powerful production electric motorcycle.

And, if that’s not enough, the bike does 0-96kmph in 2.2 seconds and 0-160kmph in 5.5 seconds. Lightning’s Matt Schulwitz added: “We actually can’t even apply full throttle until after 100mph because there is so much torque available that it will just spin and smoke the tyre on the dyno.” He further went on to say, “The motor is fully liquid-cooled and designed to never overheat even in the most intensive performance riding and racing scenarios."

Moreover, it’s battery packs offer a range between 160km to 290km on a single charge depending on the specifications. Essentially, you can choose from three of them - 380V 12kWh, 380V 15kWh or 380V 20kWh, the latter of which gives the maximum range of 260-290km on a single charge. You can also opt for a DC fast charger which charges the battery within 30 minutes or go with the standard charger (level 2) which will do it in 120 minutes.