A Closer Look At The India-spec New-gen Skoda Octavia 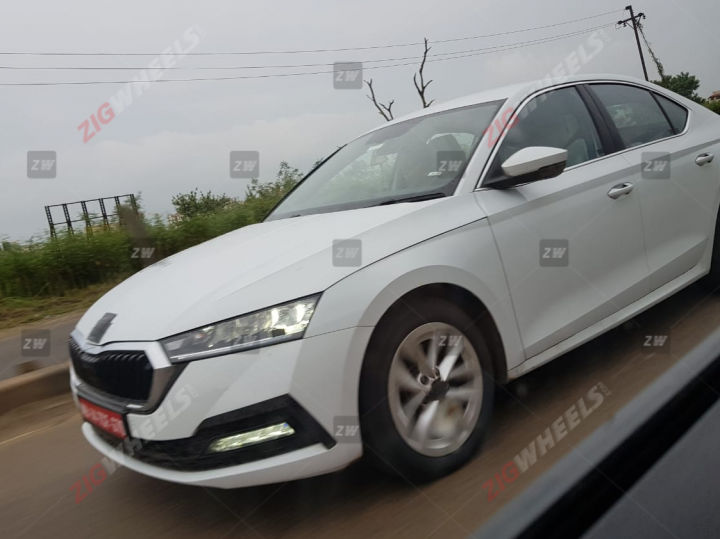 Skoda’s Octavia will soon make a comeback in the country in its latest fourth-gen avatar. It was earlier supposed to hit the market around September 2020 right before the festive season, but the pandemic delayed its launch. The Czech carmaker has been testing the new-gen Octy and we are now expecting it by early-2021. We recently also spotted it testing on the outskirts of Pune.

For starters, the India-spec fourth-gen Skoda Octavia looks similar to the Euro-spec car. It sports a typical Skoda design with sharp creases and lines. You’ll also notice that the split LED headlamps on the current model have been traded in for a sleeker single-piece unit and the trademark Butterfly grille now sits lower and wider.

While the test mule seen here was sitting on monotone alloy wheels, we expect the higher models to be shod with dual-tone units. A sharp character line runs through the profile and connects the ‘C’-shaped LED tail lamps. The rear three-quarter also looks slightly coupe thanks to the sloping roofline.

The interior of the India-spec version is yet to be seen. We expect the layout to remain similar to the international-spec model, though Skoda could use lighter colours for an airier feel.

In terms of features, we expect the Octy to come with a touchscreen infotainment system with Apple CarPlay and Android Auto, connected car tech, dual-zone climate control, a branded sound system and a digital instrument display. Safety should be covered by multiple airbags, ABS with EBD, front and rear parking sensors, and electronic stability control.

The Octavia could be offered two petrol engine options. The lower-spec variants could come with the VW Group’s 150PS 1.5-litre TSI unit with cylinder deactivation technology while the top-spec model could come with a 190PS 2.0-litre TSI engine. Both engines could be offered with a DSG dual-clutch automatic transmission only. A diesel engine is highly unlikely as Skoda has decided to take the petrol-only route in the BS6 era.

The new-gen Octavia could come at a premium over the third-gen model, which was priced from Rs 17.99 lakh (ex-showroom). The Octavia rivals the Hyundai Elantra and Honda Civic.