With the DSK Group facing bankruptcy, Motoroyale has taken over sales and service for Hyosung motorcycles in India 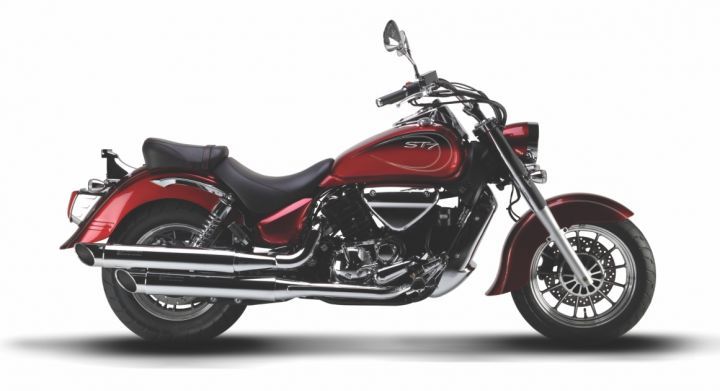 Owners of Hyosung motorcycles can heave a sigh of relief as the South Korean two-wheeler manufacturer will continue its operations in India. It has partnered with Kinetic Group’s Motoroyale to provide spare parts and support after DSK Motowheels, who were granted the license to assemble, market and sell the Korean motorcycles, ran into financial trouble after the group’s real estate arm filed for bankruptcy a few months ago. Hyosung’s partnership with DSK Motowheels, which lasted to five years, brought us motorcycles such as the GT 250R, Aquila 250, Aquila 650, ST7 and GT 650R. With the latest move, one could say the Korean manufacturer has gone full circle as it has tied up with the same company that helped it make an entry into the Indian subcontinent.

Hyosung first entered India by joining hands with Kinetic Engineering back in 2003 and bringing us the GF 125 and GF 170 Laser. Later, the company sold 300 units of the Aquila 250. The success of the cruiser prompted the bike manufacturer to bring the Comet 250, and all 300 units earmarked for India sold like hot cakes. Once the models were sold out, there was still a big pool of enthusiasts that were left wanting for more. Unfortunately, the company’s plans for bringing more motorcycles were delayed after the Mahindra Group bought Kinetic’s assets in 2008.

During the five years under Kinetic, Hyosung customers received support for spares and service. However, that became almost non-existent after the company was taken over by Mahindra. Nevertheless, the allure of owning a “big bike” didn’t deteriorate from the public’s mind. And it looked like their prayers were answered when Garware Motors officially re-introduced the Hyosung brand by launching the 650cc Hyosung range in April 2011, while also providing sales, service and spares.

According to reports after the re-launch of the brand, Hyosung had plans of selling 2000 units a year but managed to sell only 600 units instead. So while the company had high expectations from the brand, the numbers said otherwise. This led to the DSK Group taking over Hyosung’s operations within a year in June 2012.

Post this merger, the DSK Hyosung partnership launched a range of motorcycles catering to different genres and segments. These included the GT 250R, Aquila 250, Aquila 650, ST7 and GT 650R, all of which ranged between Rs 3 lakh to Rs 7 lakh. The company even managed to establish 40 sales and service points across India.

Company officials claim that there are close to 7,000 Hyosung bikes on Indian roads. The Korean company has been quick to tie up with Motoroyale to provide after-sales service, as it has no intentions of hanging its customers out to dry. However, sources state that the process of setting up the infrastructure needed to sell more bikes in the country is under process and while Motoroyale is on the lookout for new dealers, it plans to use the existing DSK Hyosung dealership network to sell other brands under its umbrella such as MV Agusta, Norton and SWM as well.

For more details on the merger, keep watching this space.