The Updated Honda Jazz Variant List Has Been Leaked!

It will be offered in the V, VX and new top-spec ZX variants 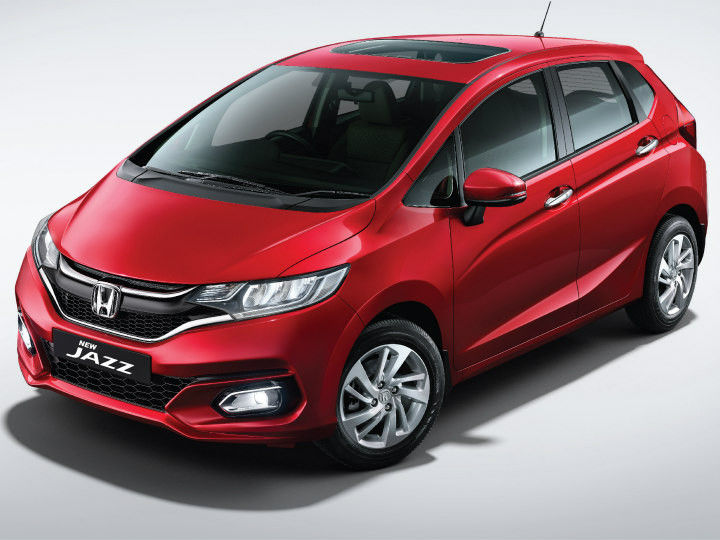 With the updated Honda Jazz all set to launch tomorrow, information on the premium hatchback has been coming in thick and fast. Shortly after the 2020 Jazz was spotted at dealerships, its variant details have been leaked online. The new Jazz will be offered in the V, VX and a new top-spec ZX variant. While the leaked document doesn’t reveal detailed variant-wise features, it does point out what’s new in each variant.

Starting with the base V variant, the older version featured bits such as LED tail lamps, a 5-inch entertainment system with Bluetooth connectivity, steering-mounted audio control, and keyless entry with push button stop/start. It will now see the addition of a revised front grille with separate  LED DRLs, rear parking sensors, chrome ring on steering-mounted controls, and a jack-knife retractable key. Cruise control, which was limited to the CVT variants in the previous model, is now available in the manual transmission variants, making it a standard feature.

The mid-spec VX variant in the updated Jazz is relatively similar with bits like a 7-inch touchscreen infotainment system with Android Auto and Apple CarPlay, voice commands, electrically folding ORVMs, and a leather-wrapped steering wheel. Additional kit comes in the form of a soft touchpad dashboard. Bits like Honda’s Smart Key system with push button stop/start that was exclusive to the CVT variants have been added to the manual variant this time around.

The new ZX top-spec variant features all the biggest updates for the premium hatchback. It brings new LED headlamps with integrated LED DRLs, new LED front fog lamps, and an electric sunroof to the table. It’s also the only car in its segment to feature a sunroof.

Design-wise, the updated Jazz features a revised grille and sportier front and rear bumpers. The cabin is also similar with features such as a touchscreen infotainment system, climate control and safety kit like dual airbags, ABS with EBD, and rear parking sensors retained.

Under the hood, it will ditch the 1.5-litre diesel engine from its BS4 predecessor and retain its 1.2-litre i-VTEC petrol engine, albeit with a BS6 upgrade. Power figures are expected to be similar, at 90PS and 110Nm. It will continue to be paired to a 5-speed manual transmission and a CVT.

Bookings for the Honda Jazz 2020 are already open and can be booked via the carmaker’s official website or at authorised dealerships. Expect the updated hatchback to be priced between Rs 7.5 lakh and Rs 9 lakh. It will go up against the likes of the Maruti Suzuki Baleno, Hyundai Elite i20, Toyota Glanza, and the Tata Altroz.