Does this petrol-only ute have what it takes to go against the mid-size SUV market in India? 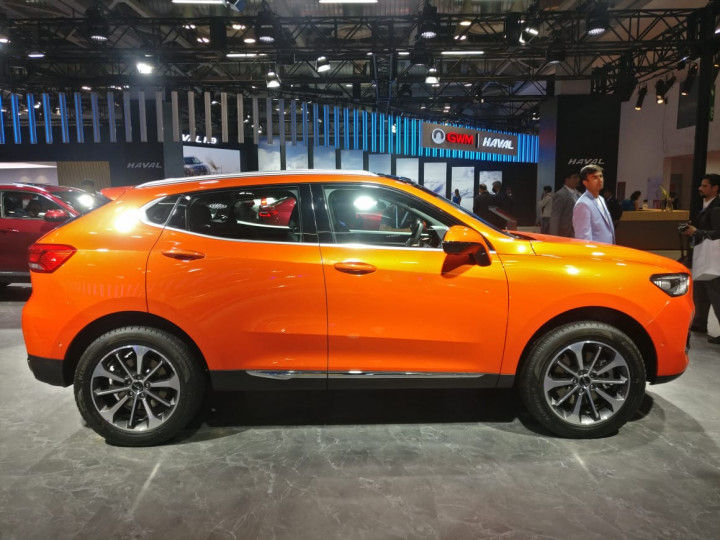 Great Wall Motors-owned Haval has showcased the F5 mid-size SUV in India at Auto Expo 2020. Equipped with advanced infotainment features, the F5 was the first model in Haval’s F-series lineup. If launched in India, the F5 will rival the Kia Seltos, Hyundai Creta, and the Renault Captur and would be priced at upwards of Rs 13 lakh.

On the outside, it looks like the sober and slightly smaller version of the F7 SUV. At 4.4m, it is still longer than the Creta and the Seltos but shorter than the MG Hector. At the front, the grille is large and flanked by narrow headlamps. The large faux air dams, rising shoulder line, and round rear end give this SUV a neater aesthetic than the F7.

The interior is modern and looks upscale. The first thing you notice is the massive panoramic sunroof. Take a look at the dashboard and you see that the centre console is tilted toward the driver and features a 9-inch touchscreen. A 12.3-inch driver’s display shows the instrumentation behind a flat-bottom steering wheel.

You’ll find a 1.5-litre turbocharged petrol engine under the F5’s bonnet which produces 168PS of power and 285Nm of torque. It is paired with a 7-speed dual-clutch automatic gearbox. If it is launched in India, the F5 could also get a 6-speed manual transmission as standard.

As for safety and assistance systems, the F5 has lane departure warning and lane-keeping assist, a 360-degree camera, and six airbags.

The F5 was the first of Haval’s F-series to be introduced in China. Its reserved styling and distinctive SUV proportions coupled with a powerful BS6 engine could make it a hit in our country if launched. Watch this space for more updates from