Five technological advancements that have made modern bikes safer

Over the years, advancements in R&D have enabled motorcyclists to go faster, turn sharper, and be safer, all at the same time. We take a look at the technologies behind these 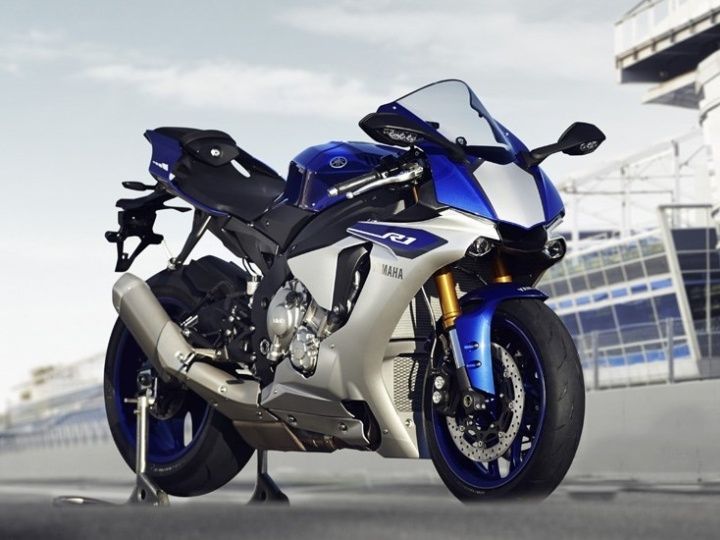 Despite how much we adore it, there’s no escaping the fact that motorcycling is a discipline fraught with danger. Its inherent drawbacks – staying upright on two wheels rather than the vastly more stable four, connected to the ground via two bits of rubber with a combined contact patch no bigger than that of a credit card – means that the possibility of grievous bodily harm is nothing more than a false throttle input or a dab of the front brake lever away at all times.

But then, nothing beats the sensation of being on a motorbike, does it. As the great Burt Munro once said: “You live more in five minutes on a bike like this going flat out than some people live in a lifetime.”

This is where technology comes in. As it has done for four-wheelers, advances in science has made motorcycles hugely safer than what they used to be just two decades ago. Not to mention, they’re more efficient, more powerful, and a lot easier to ride harder these days. So much so that, with a little bit of prudence, a novice rider can hop on and start riding a modern litre-class superbike provided he knows what he is doing, and give the machine the respect it deserves. Science, technology, research and development, they’ve all played their part well.

Here are the top five technologies that have made modern motorcycles safer and just generally easier to ride in the last couple of decades:

First introduced by General Motors in 1972, ABS has now made its way onto most modern motorcycles, imparting them almost the same level of safety as we’ve seen in their four-wheeeled counterparts. BMW was the first to pioneer ABS for motorcycles in 1988, and in 2010, Bosch announced the world’s first ABS designed specifically for motorcycles. Previous systems were based on passenger-car technology, but the new Bosch system was smaller and lighter and could be adapted to various sizes of motorcycle.

What anti-lock braking system essentially does is constantly monitor the revolution of the wheels with an ECU – sometimes single channel (just one wheel, see Bajaj Pulsar RS200) but mostly dual channel (both the wheels). When the computer detects a wheel lock-up, common when braking hard on less than ideal surfaces, it steps in  by limiting the braking force the rider exerts by either squeezing the lever or pressing the foot pedal and keep the wheel spinning. Once the imminence of the locking (and therefore skidding) is avoided, the system re-applies the maximum braking force until the next skid is anticipated. By limiting the maximum force of the braking manoeuvre, the ABS systems practically allow riders to use the greatest stopping force possible without locking the wheels.

All these magic happens in fractions of seconds, so fast that the rider barely feels it save for minute vibrations in the lever or pedal, as the pressure in the brake line is constantly modulated.

ABS is a major boon for motorcyclists, especially novice ones, and it is so beneficial that it will become mandatory for any new bike greater than 125cc, manufactured and sold from 2016 in Europe. We believe such a decree should be implemented in India too, especially considering our road conditions and errant riding habits.

Ever had that moment when you come up on an obstacle too fast, grab the levers, and bang down the gears to let engine braking slow you down stat? Noticed the rear squirming and threatening to spit you off the bike? That’s where a slipper clutch comes in.

Originally developed for high-performance supersports bikes and track-only machines, slipper clutch are designed to partially disengage (or "slip") when the rear wheel tries to drive the engine faster than it would run under its own power. It effectively provides full friction when the throttle is open, but shut the throttle and when the rear wheel tries to go quicker than the engine, the clutch will allow a certain amount of slip in the opposite direction. This lets the back wheel spin relatively free from engine drag, like on a two-stroke.

Slipper clutch was first incorporated in homologation race bikes like the Kawasaki ZX-7RR, Aprilia RSV Mille R, and Ducati's 748R, but has now trickled down to even entry-level sport bike like the Kawasaki Ninja 300 and the 2016 iteration of the KTM RC390.

On a conventional motorcycle the throttle cables are directly connected to the butterfly throttle valves. The downside here is that as the rider twists the throttle for hard acceleration, the abrupt, large flow of air in the combustion chamber can sometimes cause the bike to momentarily stall. This results in poor combustion and a harsh ride.

Ride by wire, on the other hand, involves no direct, physical connection between the twistgrip and the throttle butterflies, rerouting it all through an advanced computer. So when you grab a big handful of throttle for maximum acceleration, it opens the butterflies only fast enough to prevent the air flow stalling. This means more power and better efficiency as the inlet gas flows in more easily.

The other advantages of ride-by-wire, apart from smooth acceleration, is the ability to incorporate cruise control, some type of traction control, and push-button power capping.

Ride-by-wire first debuted on a production bike with the 2006 Yamaha YZF-R6.

If you look closely at the past three entries, you will see a pattern. All these technologies either evolved from cars, or were developed at the reacetrack. That’s the case with traction control too.

Traction control does what it says: it controls traction, preventing excessive wheelspin. Call it wheel spin control if you will. It achieves this by modulating engine torque, thus allowing the back tire to hook-up and drive forward in a more constant method.

Traction Control System is also used in configuring other similar safety-related technologies, such as the Launch Control or Wheelie control. In conjunction with gyroscopes and speed sensors, more complex behaviours can be analyzed and more intricate solutions can be offered to compensate for the temporary loss of grip.

Okay, you can argue that this one doesn’t exactly belong on this list as it has got nothing to do with the bike itself, but more with the rider’s personal safety. And you’d be right. But keep in mind that we are discussing technologies that have made modern biking safer, and so, airbags in racing suits and touring jackets do belong here.

Like most other motorcycle innovations we’ve mentioned before, airbags for motorcycles were developed on the MotoGP racetrack, where safety is of paramount importance when you’re regularly tumbling off bikes at speeds in excess of 200 kmph. It is also the newest of the innovations on this list.

Independently developed by two of the world’s most reputed manufacturers of racing suits, Dainese and Alpinestars, the airbag system has been enabled by advances in miniaturization and the ability of manufacturers to incorporate computers with huge   processing powers on single chips. In the event of a crash, a sensor triggers the airbag to explode in mere milliseconds, even before the rider has touched the ground. Powerful gyroscopes and GPS systems work in tandem with race telemetry to determine whether the rider is falling or if the bike is doing something it ought not to do, and trigger the response.

Dainese’s D-Air and Alpinestar’s Tech-Air systems are the pinnacle of motorcycle safety clothing, and as such, doesn’t come cheap right now. The suits also need to be sent to the factory for repair after every crash, which could add up to a substantial bill if you are the sort who enjoys taking a tumble every other weekend on the track. But there’s no price one can put on safety, and so, they are the face of the future of motorcycling safety right now.