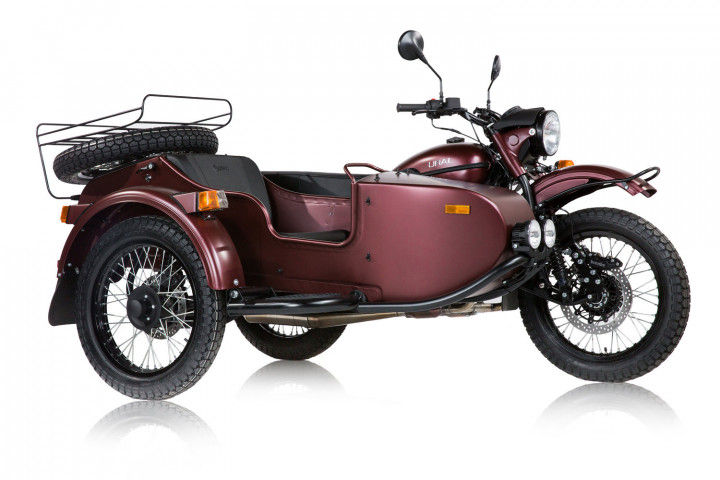 In 2020 we seldom encounter a two-wheeler with a sidecar, right? Why so? Maybe they just aren’t as useful as they were back in the middle of the last century. Yes, sidecars were majorly used back in the 1940s, serving as rapid transports for scouting during the Second World War. One of the most well known manufacturers that made motorcycle and sidecar outfits during the war and still does is Ural.

For quite a while now, Ural only manufactured left-hand drive bikes. What that means is the bike is placed on the left and the sidecar on the right. This format was well suited for Ural’s homeland, Russia, and any other countries that ride/drive on the right side of the road. But those from the “civilised world” who drove on the left of the road were left wanting.

Well, things are about to change now with Ural taking the wraps off the latest version of the Ranger. One of the biggest talking points here is that the Ranger is now available in right-hand drive (the motorcycle is placed on the right and the sidecar on the left). And the other big talking point here is that the Ranger’s motor is now Euro 5 compliant. This is great news for markets like the UK, and, fingers crossed, for India as well.

Principally, the Ranger’s motor hasn’t changed in any critical aspect. It’s still an air-cooled, 2-cylinder, 4-stroke 745cc boxer engine mated to a four forward-speed gearbox and a reverse cog as well (it is a three-wheeler after all). This setup makes 40.7PS at 5,500rpm and 54Nm at 4,300rpm, and gives the Ranger a maximum speed of 105kmph.

Helping the Ranger in its off-road endeavours is a selectable two-wheel drive system. It directs power to both the motorcycle’s rear wheel and the sidecar’s wheel to provide maximum traction when in the rough stuff. The Ural Ranger means business and to add to its off-road credentials, it comes standard with a utility shovel, jerry can, universal spare wheel and a luggage rack. Don’t believe that a sidecar-equipped motorcycle can go off-road? Then you should really check out the hours of footage of mental Urals racing in the dirt with sidecars and a passenger on YouTube.

Apart from all this, the Ural Ranger is loaded with an electric start, a kickstart, a 19-litre fuel tank as well as disc brakes on all three wheels. Having a sidecar means carrying extra weight and hence it tips the scales at 363 kilos dry. The seat height is an easy-to-reach 790mm, but do you really need to bother about getting your feet on the ground when riding a three-wheeler?

Ural is yet to announce the price and availability of this new Ranger. The current 2WD Ural motorcycles cost about 18,000 USD (approximately Rs 13.32 lakh). So, the 2021 Ural Ranger being Euro5 compliant, it will likely call for a bit of price hike. Will it ever come to India? Well, with right-hand drive and Euro 5 compliance, it’s certainly got the right specifications for our country. But whether we actually see one here, only time will tell.