Did Datsun’s Upcoming Sub-4m SUV Just Get A Name?

Datsun has filed a trademark for the name Magnite 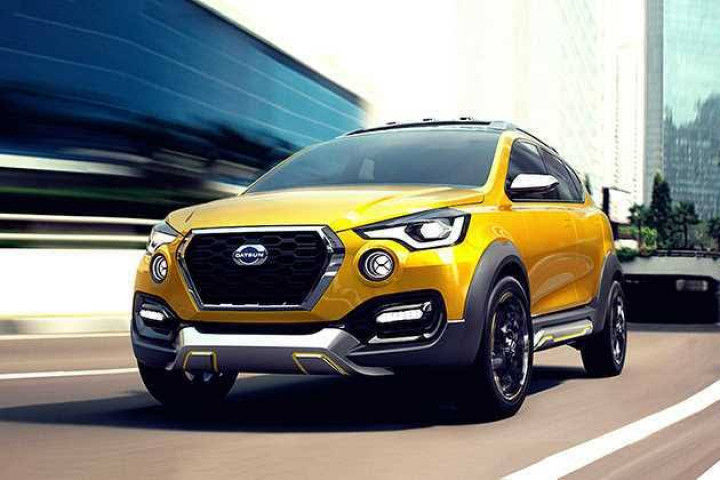 The last time Datsun was in the limelight was a couple of weeks ago when the brand announced its decision to pull out of some countries. Although the Japanese carmaker will continue to operate in India, it is no secret that the brand is struggling a bit in terms of sales. In an attempt to get a grip over the Indian market, Datsun might offer a new product in India over the coming months. Currently, we have reasons to believe that this new car will be a sub-4m SUV called Magnite thanks to the company filing a trademark application.

The upcoming sub-4 metre SUV will be heavily based on the Renault HBC which is expected to debut by mid-2020. Like the HBC, the Magnite will be underpinned by the Renault-Nissan-Mitsubishi alliance’s CMF-A platform. Powering the SUV will most likely be the same 1.0-litre engine that powers the Triber. Alternatively, Datsun could even plonk a turbocharged version of the same engine as well. Currently, the 1.0-litre naturally aspirated petrol engine makes 72PS of power and 96Nm of torque in the Triber.

There is no news about an oil burner as Renault has decided to discontinue the 1.5-litre diesel engine before BS6 norms kick in. Details are scarce at this point of time but expect the Renault’s version of the sub-4 metre SUV to debut first in mid-2020 followed by Datsun’s SUV by late-2020. We also expect the new SUV to carry over some parts from the Triber to help keep costs down.

The sub-4 metre Datsun SUV is likely to be priced from Rs 5 lakh to Rs 8 lakh. Rivals include  the Hyundai Venue, the upcoming facelifted Tata Nexon, Mahindra XUV300, Ford EcoSport, and the Maruti Suzuki Vitara Brezza. Moreover, other manufacturers like Volkswagen, Toyota and Kia are also eyeing the sub-compact SUV space to boost sales in the country.