Prepare For A Car Launch Bonanza This Week! 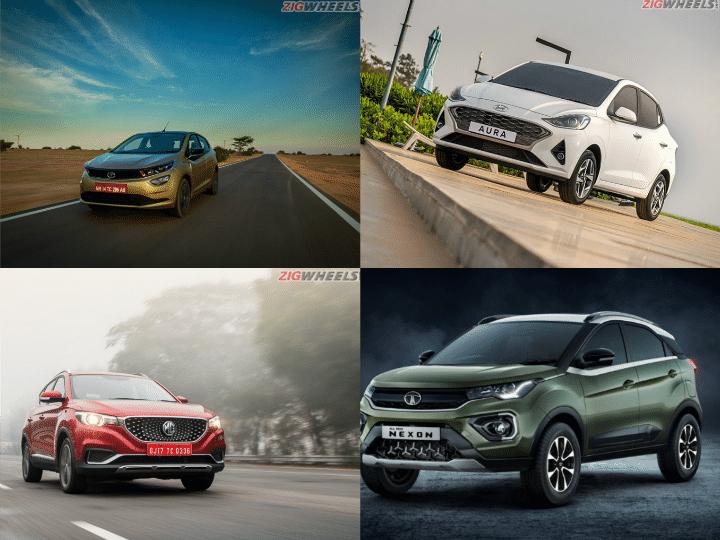 Auto Expo 2020 maybe a little less than half a month away, but we’re all set to be treated to a slew of launches and reveals starting this week. The lineup consists of three facelifts, a new hatchback, a new sedan, and a new EV. Here’s a guide to what’s coming this week:

Kicking things off this week will be the Hyundai Aura sub-4 metre sedan which was first revealed on December 19, 2019 On the outside, it borrows a variety of design cues from the Grand i10 Nios. A teaser video from the carmaker has confirmed that the Aura will get interior equipment from the Grand i10 Nios among additional kit. It will be powered by three BS6-compliant engines. Expect prices to start from Rs 6 lakh at launch.

Next on the list is the Altroz hatchback that made its debut on December 3, 2019. The upcoming hatch from Tata recently received a 5-star Global NCAP safety rating. Standout features include a 7-inch touchscreen, 6-speaker Harman sound system as well as Android Auto and Apple CarPlay. It will be powered by BS6-compliant 1.2-litre petrol and 1.5-litre diesel engines. The Altroz is likely to be priced from Rs 5.5 lakh to Rs 8.5 lakh (ex-showroom) once launched. It could take on the likes of the Maruti Suzuki Baleno, Hyundai i20, and the Volkswagen Polo.

Joining the Altroz could be the facelifted Tiago and Tigor that have been spied testing. The image that the carmaker revealed of the two cars reveal a revamped front fascia with similar design cues to the Altroz. While their interiors are yet to be revealed, we expect the two cars to get updates like a three-spoke steering wheel and an updated infotainment system. Under the hood, the two models will retain the 1.2-litre petrol engine albeit a BS6 upgrade. Prices for the two models are likely to start at a premium over the existing model (Rs 4.55 lakh and Rs 5.65 lakh, ex-showroom India).

Joining the Tiago and Tigor facelifts will be the updated Nexon SUV. It looks nearly identical to its all-electric sibling with bits like an aggressive front end with sleek projector headlamps and a new grille. In profile, it also comes with new alloy wheels. The rear end is likely to retain the Nexon EV’s setup that consists of tweaked tail lamps. Powering the Nexon will be a BS6-compliant 1.2-litre petrol engine and a 1.5-litre diesel unit, paired with a 6-speed manual and AMT. Prices are likely to commence at a premium over its predecessor, starting from Rs 7 lakh (ex-showroom India).

Rounding off this week of launches will be the ZS EV, MG’s second offering in India. Such is the hype surrounding the SUV that bookings have been put on hold since January 17. Powering the EV is a 44.5kWh battery pack delivering 143PS and 353Nm, with a range of 340km. It will be offered in two variants with prices likely to start around Rs 25 lakh (ex-showroom). Its initial launch will be limited to five cities only: Delhi-NCR, Hyderabad, Mumbai, Ahmedabad, and Bengaluru. The Hyundai Kona Electric will be its primary rival once launched.