The test mule seen here confirms that Isuzu will retain the smaller 1.9-litre diesel engine in the BS6 era 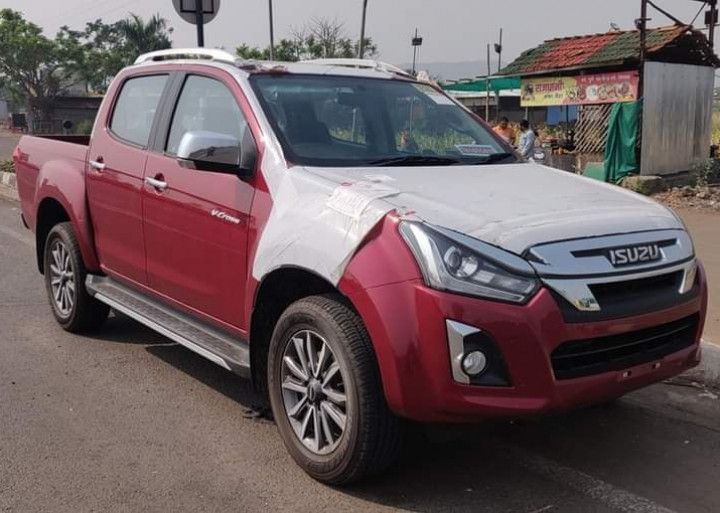 The Isuzu D-Max V-Cross pick-up truck will soon be back on shelves by April 2021. The main update will be under the hood as it will feature a greener BS6-compliant diesel engine. Now, the V-Cross has been spotted testing undisguised ahead of its launch, revealing some exciting details.

The BS6 D-Max V-Cross will be based on the second-gen model and not the updated third-gen that’s sold overseas. The DCi badging on the tailgate confirms that the BS6 version will be powered by the 150PS 1.9-litre diesel engine, introduced in 2019. The larger, less powerful 2.5-litre motor could face the axe. As seen in this test mule, the 6-speed automatic transmission will be retained, while the engine could also be provided with a new 6-speed manual.

The test mule seen here is the top-spec Z. No changes have been made to the truck’s design since it received a facelift back in June 2019. Interestingly, this test mule misses out on cruise control that was offered in the BS4 version. However, we do expect the final production model to come with this feature.

Before being discontinued, the D-Max V-Cross was priced between Rs 16.55 lakh and Rs 19.99 lakh. We reckon the BS6 upgrades could push prices up by Rs 1 lakh. While it doesn’t have any direct rival, the Mahindra Thar is its closest adversary, given its off-road creds.

View All
All Upcoming ISUZU Cars