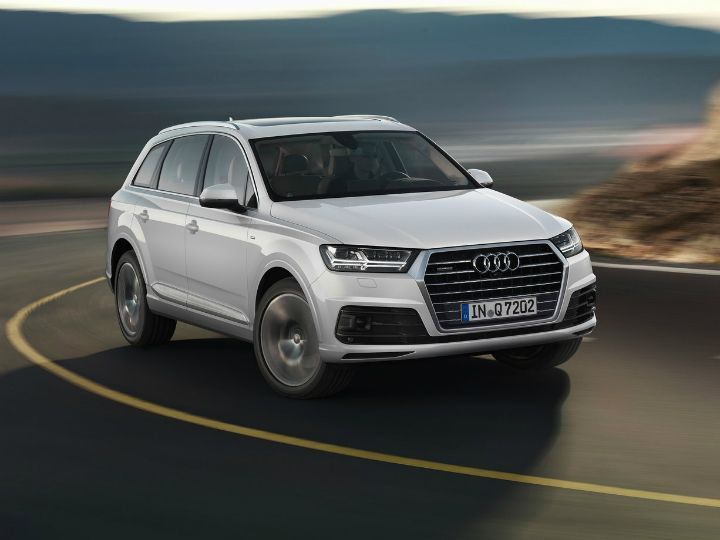 The head of Audi's Q family is all set to get a petrol-powered heart. The Q7 petrol will be launched on September 1, alongside the new (and swanky) Audi Chandigarh facility in...err...Chandigarh. The petrol derivative in question here is the 40 TFSI that will sit alongside the existing 45 TDI Quattro variant.

The 40 TFSI is powered by a 2.0-litre four-cylinder engine which produces 252PS of peak power and 370Nm of peak torque. Mated to an 8-speed Tiptronic transmission, the petrol powered SUV shoots from 0-100kmph in 7.1 seconds, which is the same as its diesel counterpart. We'd have loved to see the bigger 333PS 3.0-litre V6 engine under the hood of the Q7, but looks like Audi India has other plans.

In terms of equipment, the SUV is expected to be as loaded as its diesel counterpart. This means you will get LED headlamps which increase the intensity and throw of the beam when the vehicle speed exceeds 110kmph. You can also expect Audi's 'Parking System Plus' with 360-degree surround view camera to be in the offing. Then there is the electronically controlled air suspension that features infinitely variable adaptive damping on all four corners. It should also feature 4-zone automatic climate control, Audi virtual cockpit with a 12.3-inch driver-focused display, a panoramic sunroof and a 19-speaker Bose 3D sound system. In case Audi decides to price the Q7 petrol aggressively, expect the flashy (and expensive) bits such as the air suspension and the LCD instrument cluster to be binned.

The base 45 TDI is priced at Rs 70.12 lakh. If the equipment list remains unaltered, the petrol should be similarly priced as well. The petrol Q7 will go up against the likes of the BMW X5 xDrive 35i and the Mercedes-Benz GLS 400.