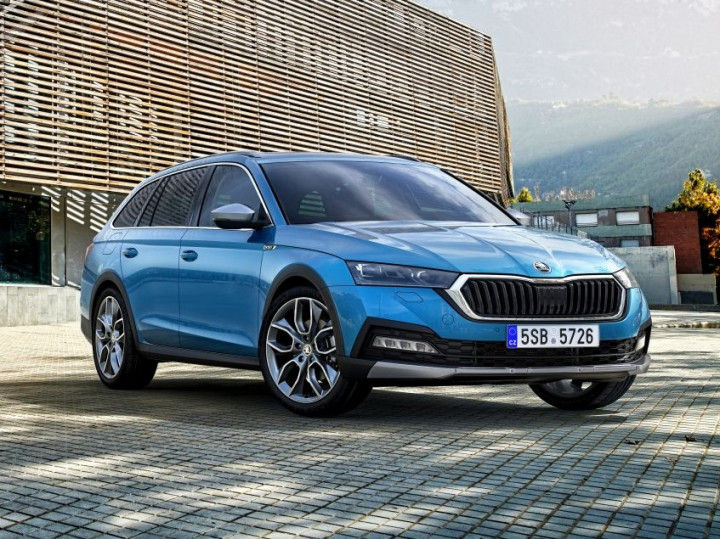 If you’ve wanted a Skoda Octavia that looks the part and can go anywhere, say hello to the 2020 Octavia Scout. Based on the Combi (estate) variant, it packs in rugged looks, more power, and an all-wheel-drive system that aids its off-road capability.

The Octavia Scout is proof that estates don’t have to be so uninspiring after all. This one looks the part and we’re sure it won’t get lost in a crowded parking lot. Though the Scout looks largely similar to the Octavia Combi, the extra dose of black cladding, roof rails, and faux aluminium protection plate make it look quite butch. Further complementing its design are the 18-inch silver coloured alloy wheels while 19-inches are offered as an option.

It’s also larger than the previous-gen Scout. Measuring 4,703mm in length and 1,829mm in width, it’s 16 mm longer and 15mm wider than before. Further, the boot is also 30 litres larger with an overall capacity of 640 litres.

Hop inside the Octavia Scout and you’ll notice the typical ‘Scout’ upgrades with an all-black dashboard and a wood finish that’s similar to the Kodiaq Scout. There are also plenty of Scout badges to remind you you’re driving the more off-road biased Octy.

The feature list though is similar to the standard top-spec Octavia. You can read about it here.

So will we get the rugged Octavia Scout in India? Chances are rather bleak. Instead, Skoda will launch the Octavia notchback by the end of 2020. That said, considering that carmakers like Volvo and Mercedes-Benz are offering the V90 Cross Country and E-Class All-Terrain in India, we hope Skoda brings in limited numbers of the Scout for the enthusiasts in the country.