Spotted In India: The 2020 Honda City Is Almost Ready For Its Global Reveal 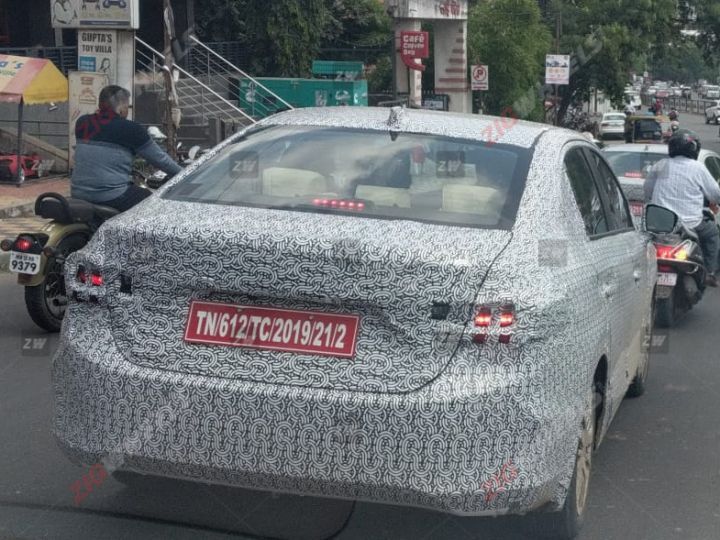 The 2020 Honda City is headed to India and the manufacturer has started road testing the model on our roads. While the sedan was previously spied testing in Ghaziabad, recently, we caught hold of a test mule at Chandni Chowk, Pune. This could mean that the manufacturer is road testing the model across India in various terrains and climatic conditions. The upcoming model is expected to come with three powertrain options, including the petrol-electric hybrid powertrain that will debut in the upcoming Honda Jazz at the 2019 Tokyo Motor Show.

The City could also come with a premium interior to distinguish itself from its primary rivals, the Maruti Suzuki Ciaz and Hyundai Verna. Meanwhile, Hyundai is also working on the Verna facelift. So let’s have a closer look at Honda’s upcoming midsize sedan, the 2020 City.

The spy shots make it clear that the looks of the 2020 City are evolutionary. This is due to the fact that the silhouette and glass area look similar to the existing car. Notable design changes include the new split tail lamps that are sleeker and have LED elements in them. One can also notice the new wheels that are wrapped in camouflage and the character line that is a tad higher up than before. While the fascia of the India-spec 2020 City hasn’t been spied, we expect it to come with a chrome-laden grille and sleeker LED headlamps.

Inside, the 2020 Honda City is expected to borrow plenty of bits from the next-gen Jazz. This is no bad thing as the next-gen Jazz has been spotted with a premium cabin overseas. And to up the ante, Honda might add digital dials a la the Civic to the kitty. Other expected features include a bigger touchscreen infotainment system with Android Auto and Apple CarPlay, automatic climate control, sunroof, cruise control, steering-mounted controls as well as keyless entry with push button start.

Overseas, the next-gen City could come with three powertrain options. This includes the dual-motor hybrid powertrain that will debut in the upcoming Honda Jazz, the technical specifications of which are yet to be revealed. Apart from that, we expect a 1.0-litre turbo-petrol unit that develops 120PS of power and comes with a 6-speed manual or CVT. Then there’s the 1.5-litre i-DTEC unit that develops 100PS of power and 200Nm of torque. For India, we expect the City to chug on with the 1.5-litre petrol and diesel engine, albeit with upgrades to meet BS6 norms. We also expect the diesel unit to come with a CVT option that’s found in the smaller Amaze.

While the Honda City will be globally unveiled in November, we expect it to debut in India after Auto Expo 2020. Prices for the Honda City currently start from Rs 9.81 lakh (ex-showroom Delhi), so expect the new model to fetch around Rs 10 lakh or more. When launched, the next-gen Honda City will rekindle its rivalry with the Maruti Suzuki Ciaz, Hyundai Verna, Volkswagen Vento and the Skoda Rapid.