The Audi RS7 Is Making A Comeback!

The latest iteration of the Audi RS7 is expected to launch in the coming weeks! 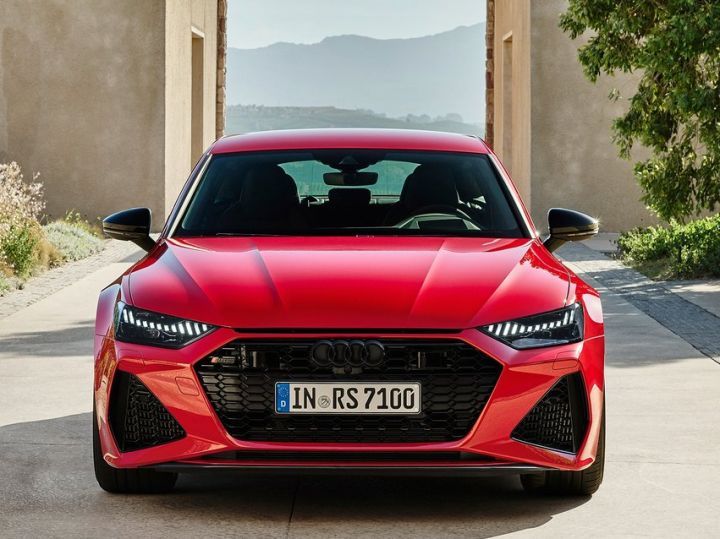 Audi has just announced its next model for the Indian market and it’s nothing short of exciting. To make things spicier, it’s the top of the line RS model! Are you still holding your breath? It’s the RS7 Sportback that will hit your nearest Audi showroom in the coming weeks. So without further ado, let’s get down to business.

A massive 4.0-litre V8 petrol engine powers this barge and helps it catapult from 0-100kmph in just 3.6 seconds, no doubt aided by a 48V hybrid system that  provides torque boost under hard acceleration. It develops a whopping 600PS of power and 800Nm of thrust, making it 40PS and 100Nm more powerful than its predecessor. Power is transferred to the road via Audi’s quattro all-wheel drive system and the engine comes mated to an 8-speed automatic gearbox. On max attack, the RS7 maxes out at an electronically limited top speed of 250kmph.

But the RS7 is not only about its locomotive-like performance. Audi has also equipped it with adaptive air suspension that can be raised, lowered, softened, or stiffened. That means you can have a good amount of fun in those twisties in its most stiff suspension setting and raise it and soften it up when you encounter a bad patch of road.

The RS7 also looks the part, especially in this bright red finish with the blacked-out Audi grille and the sweet-looking coupe silhouette. Other bits we particularly like are the large 21-inch alloy wheels, the red brake calipers that pack 10 pistons at the front. The dual exhaust outlets round off the aggressive design of the RS7.

The RS upgrades continue on to the inside with upgraded sports seats, a flat-bottomed steering wheel, and swathes of Alcantara upholstery. The attention to detail further continues to the twin-screen infotainment set up and the virtual cockpit that gets RS-specific user interface and graphics.

Naturally, this being an RS model, don’t expect it to come cheap as prices are expected to start around Rs 1.5 crore (ex-showroom). The Audi RS7 will lock horns with the BMW M8 and the Mercedes-AMG GT 63 4-door.