After A Long Long Time… India Gets An Audi RS Car! 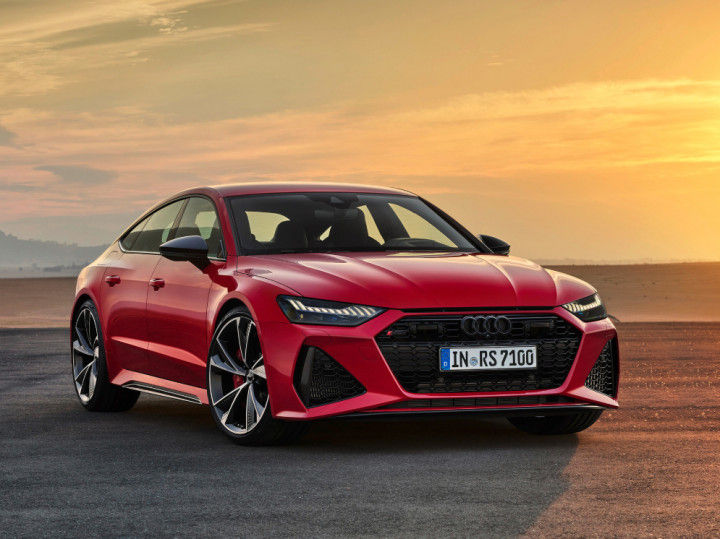 We’re happy to see Audi bring new cars to the country after an eerie long silence. While it has been bringing cars like the A6, A8L and Q8, but there wasn’t an Audi for enthusiasts until now. The carmaker has now launched the top-of-the-line Audi RS7 Sportback priced from Rs 1.94 crore.

The Audi RS7 Sportback is essentially an A7, injected with the sportier RS DNA. It’s powered by a brute 4.0-litre twin-turbo V8 petrol engine that develops an insane 600PS and 800Nm of force. A 48v mild-hybrid system provides torque boost under hard acceleration. Naturally, being an Audi, power is sent to all four wheels via an 8-speed automatic gearbox. We wish Audi had incorporated a pure rear wheel drive mode for some effortless tail out action.

So what does all this tech translate to on the road? It does nought to 100kmph in 3.6 seconds and pushing on further will result in an electronically limited top speed of 250kmph. Opting for the RS dynamic plus package will see that figure increase to 305kmph.

The RS7 also boasts a good handling setup so you can enjoy putting those 600 horses down. It comes with Audi’s RS adaptive suspension, which allows you to lower, raise, stiffen or soften the setup. You also have drive modes which alter various parameters of the car while the rear spoiler rises up post 100kmph, aiding downforce. Last but not least, the front brake callipers pack ten pistons to stop the RS7 from silly speeds. 10 pistons! That's insane!

It also looks the part, especially in this gorgeous red finish and the blackout elements. Attention to detail is also spot on. For instance, those fancy LED headlamps and tail lamps do a small dance when you lock and unlock the car. These large 21-inch alloy wheels, which can be upsized to 22-inches, look meticulously finished and those dual exhaust outlets ensure you can hear the V8 roar while climbing up your favourite ghats.

Inside, the RS7 packs in Audi’s familiar twin-screen setup and the virtual cockpit. But these screens are RS-specific and get a separate user interface. The virtual cockpit also packs in functions like lap time, 0-100kmph timer, G force meter and shift lights.

Then there are these sports seats which are finished in Alcantara and get an extra dose of side bolstering to hug you while attacking some twisties. This Audi is also practical, with the ability to seat five people in decent comfort and carry their weekend luggage and more thanks to the large 535-litre boot.

It’s refreshing to see Audi step back into the game and bring some exciting cars to the Indian market. The RS7 Sportback goes head on with the Mercedes-AMG GT 63 4 Door priced at Rs 2.42 crore. Meanwhile, head here to see the next Audi car that’s set to hit our roads.