Planning to add the new 2019 Mojo 300 ABS to your garage? Before you make any decision, here’s everything that you need to know about the motorcycle 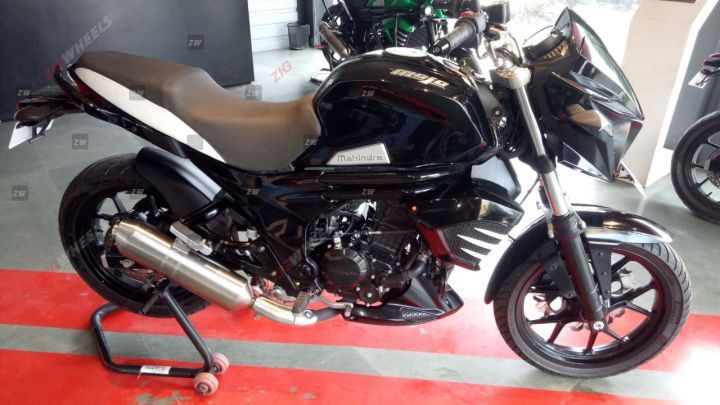 The 2019 Mahindra Mojo 300 has been spotted a couple of times, however, details about the motorcycle were limited, until now. According to our sources, the 2019 Mojo 300 ABS is priced at Rs 1.88 lakh (ex-showroom Bengaluru), making it around Rs 4,300 more expensive than the XT 300 and a whopping Rs 34,300 more than the UT 300. Now that we have all the information about the new Mojo 300 ABS, here are the five most important things you need to know about it.

Replaces the other two variants
Mahindra has replaced the XT 300 and the UT 300 variants with the new Mojo 300 ABS. While the UT 300 was a lower-spec variant, the XT 300 was a top-of-the-line model which was more powerful and better-equipped in terms of cycle parts. The new motorcycle is an amalgamation of both these variants and gets some features from the UT 300 and some from the XT 300.

Retains the same design language as the UT 300:
If you thought that this is the UT 300, then you aren’t wrong. Mahindra has not given the new Mojo 300 ABS an all-new design; instead, it’s the same as the base-spec variant. The front end is still dominated by the bug-eyed halogen headlamp unit and it features the same single-sided exhaust as seen on the UT model.

Misses out on USD forks, but gets new calipers
Not just the design, the 2019 Mojo 300 ABS features the same underpinnings as the UT 300. So you get a conventional telescopic fork at the front and a gas-charged monoshock at the rear. The braking hardware, on the other hand, has been tweaked. The 320mm petal disc at the front and 240mm conventional disc at the rear remain unchanged. But the J.Juan units seen on the earlier models have been replaced by a ByBre radial caliper up front and ByBre floating caliper at the rear. To comply with the new safety norms, the 2019 Mojo 300 ABS is equipped with dual-channel ABS as standard. The 17-inch alloy wheels are wrapped in 110-section front and 140-section rear Pirelli Angel CT rubber.

Similar dimensions to the UT 300
In terms of dimensions, the new Mojo 300 is 2115mm long, 800mm wide and 1150mm tall. These figures are exactly the same as the UT variant. Even the wheelbase and ground clearance is similar to the lower-spec model at 1460mm and 165mm respectively. The only minor change here is the seat height, which stands at 815mm (3mm lower compared to the UT 300).