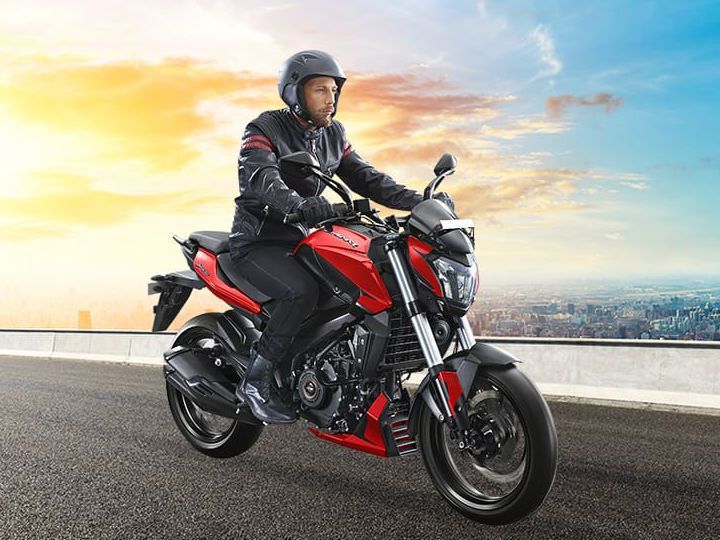 Bajaj recently gave us a glimpse of the 2019 Dominar 400 in one of their presentation videos during a rebranding exercise. The picture was a clear indication of the kind of underpinnings the new motorcycle packs, and now we have some juicy details of its engine too.

According to our sources close to the brand, the new Dominar has a bigger engine head to accommodate a Dual Overhead Camshaft (DOHC) setup with triple spark plugs. The engine’s power and torque output figures have also been increased marginally. Consequently, acceleration is now quicker and the top speed is higher as well. The KTM-derived 373.3cc single-cylinder, liquid-cooled engine is now BSVI-ready too. These changes should make the motorcycle a lot more capable on the highways. Having a DOHC layout will also help in improving the refinement of the motor.

Other major updates that we already know include upside down forks, radial caliper on the front disc, twin-exit exhaust and new instrument cluster with gear shift indicator, among others. Dual-channel ABS with a disc brake on both ends are standard. With all the new updates the price is likely to go up by around Rs 15,000 over the current price of Rs 1.63 lakh (ex-showroom, Delhi). Expect Bajaj to launch the motorcycle in a few weeks.

Overall, the 2019 Dominar 400 looks like it packs a healthy set of features to take the riding experience up a notch. It is definitely a better all-round package compared to its primary rival, the Royal Enfield Thunderbird 500. But only time will tell whether it will be able to compete with Royal Enfield in terms of sales. It’ll be even more interesting to see how sales are once the new Jawa bikes hit the road.