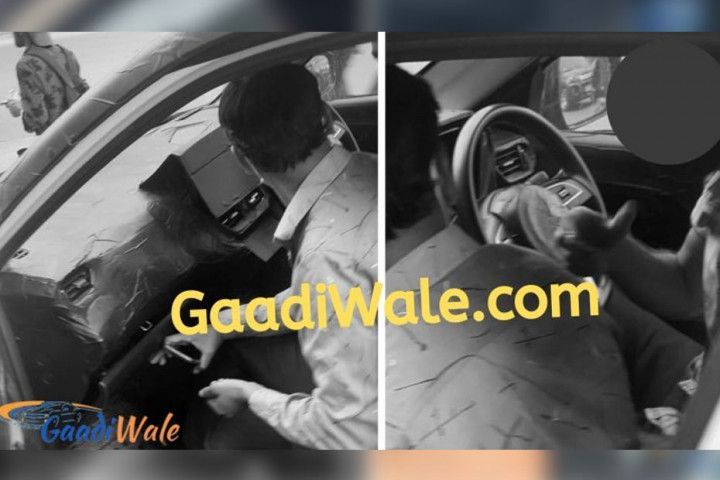 Interior images of Maruti’s upcoming Hyundai Creta rival, jointly developed with Toyota, have surfaced online for the first time. Like the Baleno-Glanza and Brezza-Urban Cruiser, the upcoming Hyundai Creta rival will be the third product to be sold by both Toyota and Maruti in India. Toyota’s SUV is expected to break cover before Maruti’s in July.

Though the upcoming SUV’s interior is heavily camouflaged, we can notice some stand out elements. For starters, it will have a large floating touchscreen infotainment system, below which sit the sleek central AC vents. The steering wheel has been lifted off from other Maruti offerings like the Baleno. Also, these spy shots confirm the presence of a head-up display where you can see its controls below the starter button.

The SUV boasts a hybrid-specific dial, confirming the fact that it’s an electrified model. Both the models will come with 1.5-litre mild-hybrid and strong hybrid powertrain options with manual and automatic transmissions.

Maruti and Toyota’s upcoming Hyundai Creta rival is expected to have a starting price of around Rs 10.5 lakh. It will lock horns with the Kia Seltos, Skoda Kushaq, VW Taigun, and MG Astor.