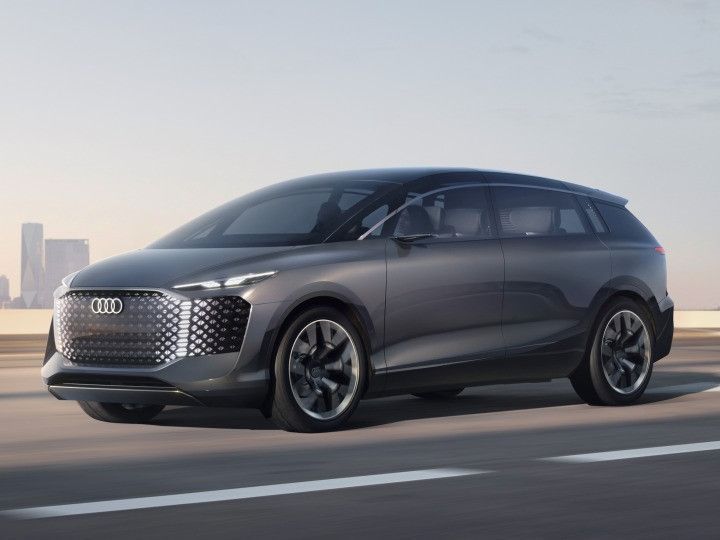 Audi has globally premiered the new Urbansphere concept which completes the carmaker’s trinity of “sphere” concepts. It’s an autonomous electric vehicle (EV) with a distinct people-mover body style that’s built “for use in traffic-dense Chinese megacities” and other metro cities around the world.

The Audi Urbansphere has been co-created by design teams in China and Germany. Its a sharply designed urban EV concept that has the overall proportions of an MPV, or an oversized minivan. It has a large glass canopy provides an airy feel to the cabin and large windows and acres of legroom and headroom.

In concept form, the Urbansphere has seating space for just four people, although its gigantic 3.4-metre wheelbase and a width in excess of two metres can accommodate more seats. For reference, it’s larger than the Kia Carnival’s 3.06-metre wheelbase and 1.98-metre width! Not city car proportions by any stretch, but the Urbansphere does come with rear-wheel steering to help improve the manoeuvrability.

On the outside, it features a pattern of LED lights on its front fascia over a large mesh grille that features an illuminated Audi logo. When you turn on the indicator, the entire panel on one side lights up. This multicolour LED pattern is also present in the rear fascia, where a panel that spans the width of the tailgate lights up.

Additionally, you can even choose not to drive it, since the Urbansphere has Level 4 autonomous tech. The pedals and steering wheels can be retracted and the driver’s display simply disappears to give you a clutter-free, minimalistic and relaxing lounge-like experience while the car drives itself. Audi says the autonomous tech, co-developed with the VW Group software company CARAID, will debut “within the second half of the decade.”

The Urbansphere is powered by a pair of electric motors at the front and rear axles that provide a combined output of 400PS and 690Nm. Its all-wheel-drive (AWD) system can even disable the front-wheel motor to reduce energy consumption.

The motors draw power from a 120kWh battery that’ll provide the Urbansphere with an estimated range of 750km. It supports 270kW of DC fast charging enabling it to recover 300km of range after just ten minutes of charging. It can be charged from 5 to 80 percent in less than 25 minutes!

We aren’t sure if Audi’s latest concept will ever make it to production, but we are likely to see its tech and some of its features in future Audi luxury electric vehicles. Audi already offers a Level 3 autonomous driving system in other markets, and the Level 4 system is expected to arrive by 2030, possibly in a future flagship Audi EV. The Audi e-tron GT already offers an 800-volt electric architecture and 270kW peak charging rate, but the Urbansphere indicates that Audi EVs with the high-speed charging tech and a larger 120kWh battery could be in the plans for the near future.