Update: The PMV Eas-E has been launched in India. 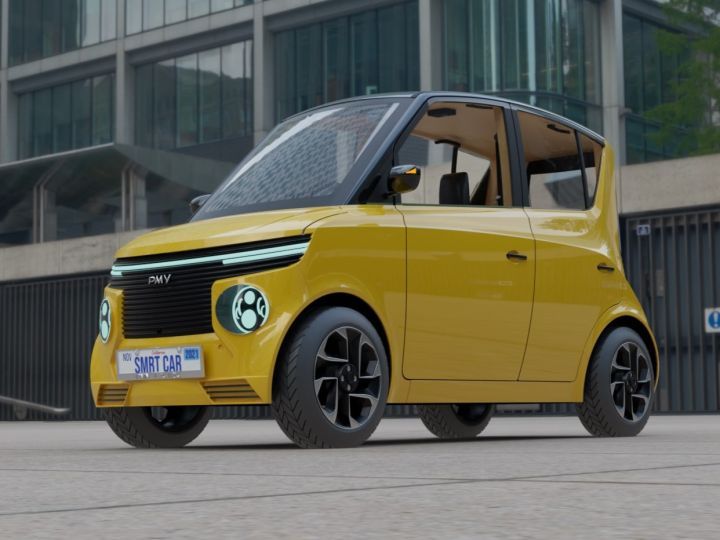 The ‘EV revolution’ has given us a variety of new automakers in the two-wheeler segment, but we are yet to see cars from EV startups in the four-wheeler space. That’s about to change tomorrow, on November 16, as the startup PMV Electric is set to unveil its first creation, the Eas-E electric city car.

It’s not really a “car”, but a quadricycle, similar to the ICE-powered Bajaj Qute. It’ll be a fun recreational urban runabout for those looking to dip their toes into the EV lifestyle, and should also be aimed at fleet buyers catering to last-mile connectivity.

Here’s everything you need to know about the PMV Eas-E ahead of its debut.

It looks quirky and cool

For now, we only have pictures of the PMV Eas-E’s computer-generated renders, so it remains to be seen how the EV will look in real life. In the renderings, it looks cool and stylish with its large circular LED headlights and full-width DRL. There is a front boot, or ‘frunk’, under the bonnet, alongside a storage space in the rear.

In the profile, it looks quite car-like with its stylish wheels and four-door layout with large windows. The wheels are pushed to the corners to make the EV seem wider than it is. In fact, according to the dimensions PMV has provided, the Eas-E is even narrower than an autorickshaw. It is a tad longer in length than the Qute, but still shorter than even the Maruti Alto 800.

The big rear windshield extends lower than the window line and the taillights are placed on a piano black tailgate. Overall, the PMV Eas-E has a unique, pleasing aesthetic; and we can’t wait to see what it looks like in real life.

Eas-E is strictly a two-seater

The Eas-E is intended to seat two people, one at the front (the driver) and a passenger at the rear. We’ve seen the same seating layout in the Renault Twizy from overseas, but unlike the Renault, the Eas-E has proper doors and windows and should offer all-weather protection.

It’s as well equipped as some regular cars

The Eas-E may be a quadricycle, but it’s anything but spartan. The concept EV will get front disc brakes, electronically operated outer rearview mirrors, an air conditioner, digital instrument cluster, a reversing camera, power windows, steering-mounted controls and a touchscreen with bluetooth connectivity. It’ll also get connected car tech with features such as door locking, remote AC operation and even OTA (over-the-air) updates.

It will offer a reasonable range

The PMV Eas-E will be powered by a front-mounted e-motor that draws power from a cutting-edge lithium iron phosphate battery, but the specs of these components are yet to be revealed. We do know that it’ll offer a top speed of 70kmph and a range of 160km (claimed) and is capable of juicing up in four hours using merely a household power outlet. It remains to be seen if the EV will have CCS compatibility for charging at public EV charging stations.

You can buy it (eventually)

The Eas-E EV is available to order on the PMV Electric website for a token amount of Rs 2,000. It is estimated to be priced at around Rs 4 lakh to Rs 5 lakh (ex-showroom), but the launch and delivery timelines are yet to be revealed. If launched at this price, the Eas-E would offer a significantly less expensive alternative to the Tata Tiago EV and upcoming MG Air EV. 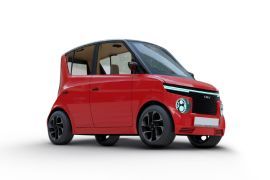 All Comparisons of EaS E