This E-scooter Has An Un-Believe-Able Feature 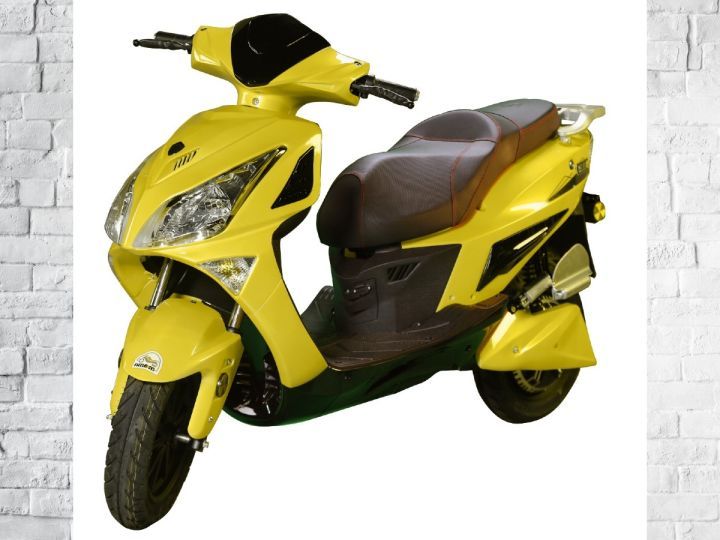 Benling, a Gurugram-based electric two-wheeler manufacturer, has launched the Believe e-scooter in India at Rs 97,520 (ex-showroom). This is the new high-speed electric scooter from the company and will be available in showrooms August 25 onwards.

The Benling Believe electric scooter gets a futuristic, and almost toy-like design. It features dual LED headlights with indicators integrated into the front apron. There are some aggressive vents on the sides of the front panels and the side panels. However, compared to the front of the e-scooter, the rear section looks quite meh. The Believe is offered in six paint options – Yellow, Blue, Black, White, Purple and Magic Grey.

Benling has used a 3.2kW BLDC hub motor with a continuous power of 3kW. This e-scooter has a claimed top speed of 75kmph and can accelerate from 0-40kmph in 5.5 seconds. The Believe electric scooter comes with a 3.2kWh lithium-ferrous-phosphate battery pack, which can give the e-scooter a range of 120km in Eco mode, and takes a claimed four hours to charge.

The Benling Believe features telescopic fork and dual shocks suspension setup with braking duties being entrusted to a disc brake at the front and a drum brake at the rear.

Benling has gone all out in terms of features. Apart from keyless ignition, USB charger, anti-theft system and optional GPS system, the e-scooter boasts of an interesting ‘Smart Breakdown Assist System’, with which you can go 25km in case of a breakdown. However, there are no details on how this system actually works.

Benling claims that 3,000 units would be delivery-ready in a month’s time, and more 9,000 units would follow suit by November 2022. This electric scooter goes against the likes of the Okinawa PraisePro.