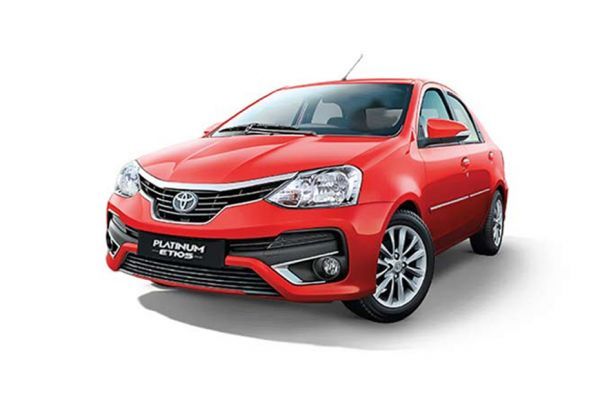 Toyota India plans to discontinue the Etios in the country. The model comes with BS4 1.4-litre diesel and 1.5-litre petrol engines, neither of which will be updated to BS6. Production stopped in January and dealerships are clearing the BS4 stock before the March 31 BS6 deadline. The Glanza will be Toyota’s entry-level offering in India after April, and the Yaris will be Toyota's most affordable sedan.

The Toyota Etios Liva can be had with two engines - a petrol and a diesel - both paired to a 5-speed manual gearbox. The 1.5-litre, 4-cylinder petrol develops 90PS of maximum power and 132Nm of peak torque. The 1.4-litre, turbocharged 4-cylinder diesel engine develops 68PS of power and 170Nm of torque.

Updates include a new bumper and grille that give the Etios Liva a hint of sportiness. Toyota has used the same formula for both the Liva and the Platinum Etios, adding a bloder face which includes a new bumper with fax intakes. The changes seem to be minimal in nature when viewed from the side. That said, the dual tone paint option is a welcome addition.

Like the Platinum Etios, the Liva has the same well built feeling about it. It has enough space to seat five people properly, but misses out on a rear centre armrest. The sense of space inside is enhanced thanks to extra large windows and a beige theme. The updated instrument cluster and electrically foldable mirrors along with standard safety features are the only additions to the Liva. It misses out on an automatic climate control and a touchscreen infotainment system like many of its competition.

Hyundai Grand i10 : The Hyundai Grand i10 has been given a facelift to keep it in contention in this fast moving segment. Though it is on par with the competition in terms of quality, features and a good diesel engine, it loses out on interior space.

Fiat Punto Evo : One of the oldest cars in the segment, even the facelift is an old car - launched back in 2014 - the Punto Evo lives on a legacy of build quality and handling prowess with surprisingly low interior space and old features.

Renault Pulse: One of the other old cars in the segment, the Pulse is Renault’s version of the Nissan Micra. While it does have space and an efficient diesel engine, the car’s age is showing in the sea of new age competition.